James Hallwood writes about Canada's awful legal ruling, which retrospectively annulled thousands of marriages, and calls on Cameron to fight it. 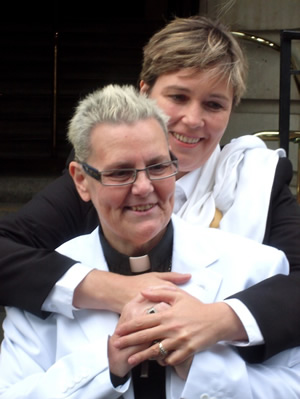 In a bizarre and abrupt fashion a potential 5,000 gay couples face their marriages being annulled, writes James Hallwood, Young Fabians equalities officer and programme manager at the Fabian Society

The issue arose when a British-American couple sought divorce in the country in which they were wed as they were unable to do so at home.

In the Toronto court case Canada’s Conservative government argued that the lack of recognition in their countries of origin meant that they were never married in the first place, setting a very concerning legal precedent.

While the Netherlands, Spain and others recognise the legality of marriages between foreigners on their soil Canada’s actions have shocked LGBT communities across the globe – not least from those who married there and wake up today unsure of their status.

Given that the Canadian government was happy licensing such marriages at the time this retrospective move seems as hypocritical as it does discriminatory.

Can one imagine Canadian law refusing to recognise an interacial marriage because the applicants’ countries of origin wouldn’t?

Canada does not inflict the death penalty on those from countries that use capital punishment, nor does it prevent Saudi women from driving along the roads of Ontario – yet the same correct standard is not applied to gay marriage that, even if not legally recognised in a home nation, should be fully respected by the country that wed them.

There are certainly valid arguments against foreigners relying on Canadian law to adjudicate divorce but deciding that after the marriage is surely too late?

Legal issues aside, the case argued by the Canadian Conservatives must be seen in the context of an administration that has been perceived as increasingly socially conservative. While native Canadians are not affected many activists in Canada fear that this action may be indicitive of their government’s future direction.

Little wonder there is outrage from sea to sea.

In the UK the Labour party achieved a real change in legislation and public attitudes to LGBT rights, a change that the British Conservative frontbench have eventually had to accept. With this on their watch now is the time to ask them to act, to prove that their gay rights credentials aren’t just soundbites for the ‘pink vote’. The British government cannot remain silent on this.

It has been commendable that the coalition has sought to promote gay rights in the ‘developing world’ but it is now imperative that it seeks to defend them in the West.

To that end I am waiting on confirmation of an e-petition that if accepted I implore you to sign; asking the government to condemn this action and seek to affirm the rights of gay British citizens and others to be legally wed in Canada. Update to follow.

The case for LGBT rights in Africa and beyond would be severely undermined if Britain cannot stand up for gay rights in the ‘developed world’.

The hackneyed charge of ‘imperialism’ and ‘interference’ would be dealt a blow by our being seen to challenge any country that infringes the rights of the gay community. This is a message to Canada as much as it is to the world at large. It’s an opportunity that the British government should not miss.

When the shock subsides one realises how important it is to avoid complacency. If this can happen in Canada it can happen anywhere. While I am confident Britain would never go down this route it is a reminder that we must never take our hard won rights for granted.

Labour enshrined LGBT rights into our laws and society, a lesson our Conservatives have had to learn – perhaps if we ask them strongly and often enough they can remind their brethren in Canada of that same important lesson.