Jenny Jones AM lays out the problems with the City of London working against the interests of normal Londoners. 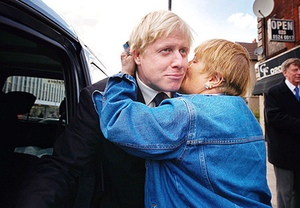 By Jenny Jones AM, leader of the Green Party on the London Assembly and Green Party Mayoral candidate for 2012

Like many people, I often spend January watching my purse after spending too much on presents for my loved ones at Christmas and picking up a few too many bargains in the January sales. As a result, I’m looking forward to the end of the month when I can treat myself again without feeling too guilty about the consequences on my bank balance.

The first place that I will be looking to spend my hard earned money will be the independent shops on my local high street. The internet may bring the world’s retail to your living room, but shopkeepers can bring expertise, advice and a sociability that can ensure shopping trips truly satisfy the need for that long sought after luxury.

However, the ongoing misery provided by the economic crisis has meant that like other small businesses, shops are struggling to survive.

Although many ended a relentlessly tough year with better Christmas sales figures than expected, much of the 2.2 per cent rise reported by the British Retail Consortium last week was due to significant deals and discounts which drive down earnings in the long run.

Christmas has done little to restore consumer confidence after another year of financial uncertainty. The Confederation of British Industry said in December that confidence among the capital’s businesses had plummeted in the second half of last year, with only 13 per cent of respondents to their survey feeling optimistic about the economy over the next 6 months compared to 43 per cent in June.

It is of course precisely at this time of difficulty that the nation is looking to small businesses to drag us all out of the current economic quagmire. Although their trade may be increasingly internationally and electronically orientated, the fate of small businesses is fundamentally linked to the fate of the communities that surround them.

Such businesses provide jobs, and these are by definition more likely to be among local communities. The money they spend and make is more likely to be circulated locally too, and the quality and value of their services have a very direct effect on that community’s standards of living.

When I have spoken to small business owners and their representatives, it is clear that one of the major difficulties currently facing such enterprises is the tremendous difficulty they have had in obtaining credit.

As was reported last summer, the five biggest banks failed to meet the £76 billion target for loaning to businesses agreed with the government under Project Merlin, and the Bank of England’s latest quarterly trends show that lending to small businesses actually fell by 5.1 per cent in August.

As members of the Federation of Small Businesses told me at their London Mayoral hustings late last year, the banks’ unwillingness to loan has created money problems and missed growth opportunities for many.

The attitude of the banks towards supporting small businesses is shocking. If it was in part their recklessness with credit that helped create the economic crisis, it is their reluctance to invest reasonably in helping small businesses trade and develop that will help prolong it.

The government at all levels must do more to encourage banks to lend, as well as tailor business support to help small businesses access money sources besides banks, such as venture capital, business angels, public funds, research councils and crowd funding services.

We can start in London, where the current mayor has so consistently proven loyal to both the banks and the financial sector that funded 50 per cent of his 2008 election campaign.

Although great fanfare was made of the £25million in sponsorship for cycle superhighways and the central London Cycle Hire scheme from Barclays, in the first three years of Johnson’s term as Mayor, Transport for London paid out over £27m in bank charges to the same bank. That really isn’t good value or good business for a Mayor who ought to be business savvy.

In addition, Johnson has gone to great lengths to attack the growing demand for a ‘Robin Hood’ tax on financial transactions that could stabilise a financial system, which lead to the economic crisis we find our selves in. Reports by the European Commission have showed that the ‘downside’ of a Robin Hood tax would be much less than the impact caused by the coalitions cuts.

As Mayor I would try to ensure that no bank worked with any member of the Greater London Authority group—including City Hall, Transport for London, or the Met Police—unless they could demonstrate that they were lending the capital’s small businesses and helping to build our recovery.

If current economic forecasts are to be believed, we are going to rely on small businesses to reduce prices, keep us supplied and create jobs for a long time to come. Because of the immense amount of business provided to banks during the governance of Europe’s biggest conurbation, the Mayor’s office can work towards ensuring the banks pull their not inconsiderable weight too.

Hundreds of Green Party activists have today been handing out £250k notes from the Bank of Boris at over 50 different tube stations across London. I joined them at Highbury and Islington station to help highlight the Mayor’s relationship with the City of London which comes at the expense of ordinary Londoners.

Last month I closed my two accounts with a big bank and moved all my transactions over to the Co-op Bank, which can be relied on to lend to small businesses. My move may not send a shudder through the money markets, but I feel so much better.

To find out more about Jenny’s campaign for Mayor, visit www.jennyforlondon.org

• Boris’s leadership is getting beyond a joke – Jenny Jones AM, October 6th 2011

17 Responses to “Boris, the bankers’ mayor, backs his chums over small businesses”