Action for Souther Africa’s Tony Dykes looks at the history of the ANC, and wonders what the future holds for it. 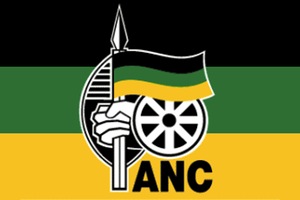 Africa’s oldest liberation movement, the African National Congress (ANC) was one hundred years old on Sunday. It is a liberation movement that inspired others throughout Africa. It received support from Africa and across the world.

It was also denounced by some including Margaret Thatcher as a terrorist organisation.

The ANC was formed to obtain rights, dignity and justice. The Union of South Africa in 1910, a deal between Britain and the Boers, denied black South Africans these.

Many were involved in the struggle against apartheid. The ANC indubitably provided the organisation, mobilisation and leadership in this struggle.

The centenary of the ANC is in part a celebration of the liberation of Africa, from colonial rule, imperialism and white racist supremacy. It is also a celebration of international solidarity in the campaign to end apartheid.

In some cases solidarity was from governments but in many it was people to people, community and organisational based solidarity.

The ANC differs from some other African liberation movements. It is an inclusive movement. It is not based on ethnicity, tribe or geography.

As well as a celebration there is also reflection. South Africa is a vibrant democracy with one of the most progressive constitutions in the world. This is due in large part to the ANC, others played an important role, but the ANC was the leading organisation in this process.

Since 1994 millions have access to water, electricity, millions of homes have been built and most of its children and senior citizens benefit from social grants/pensions.

Yet South Africa is still afflicted by chronic poverty, gross and perhaps growing inequality. Unemployment is between 25 and 40 per cent, and there are complaints about service delivery and corruption.

Crime, and violence are high and South Africa has the highest number of people living with HIV/AIDS in the world.

Some predict the demise of the ANC.

A leading South African often quoted in UK media told a meeting at the end of 2008 the ANC would get less than 50 per cent of the vote in the 2009 election. It got 65 per cent on a 77 per cent turnout. The local elections of 2011 with the highest ever turnout for such elections saw the ANC vote remain broadly the same at 62 per cent, although this masks local changes.

The ANC will hold its 5-yearly congress at the end of 2012. The media is likely to focus possible challenges to the leadership. The key debates however will be around policies, priorities and action.

What will best reduce unemployment? Should South Africa pursue a more active policy of redistribution even if the economy does not grow that much? (There is a small and growing black middle class elite, but such a policy would largely be redistribution from white to black). How can South Africa get its economy to grow more and grow sustainably? How to improve public services such as education?

South Africa is a different and far better place than in 1912 or 1989. It is a country for all South Africans. Formerly a pariah state it is now a leading player in Africa and globally.

The challenges of achieving political and civil rights for all, and of ending apartheid, were great and many many people suffered and sacrificed to achieve these.

The challenges of building on this great achievement, overcoming the economic legacy of colonialism, imperialism and apartheid, dealing with the globalised economy of which South Africa is now part in ways which benefit most South Africans, providing good quality services to all of its citizens are just as great, perhaps greater, and will be the test for the ANC in its second century.

13 Responses to “100 years of the ANC, Africa’s oldest liberation movement”