Alex Hern reports on the defence of Sarah Palin by the Tea Party Express. 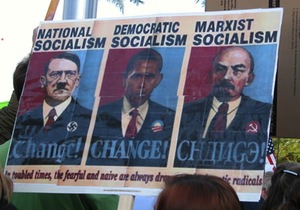 The chairman of the Tea Party Express was on Richard Bacon’s Radio Five show on Tuesday afternoon, demonstrating that sometimes, it really is best to recognise when a cause has been lost.

When confronted with the fact that Palin is polling at around 20 per cent, Amy Kremer responded:

“He’s not telling the story that when she was tapped to be the VP nominee she had the highest apporval rating by gallup of any governor in the history of this country, which was about 80 per cent.”

When pushed on her polling now, as opposed to in 2008, Kremer pulled out the conspiracy card:

“Sarah Palin’s approval ratings are obviously have been impacted because the left has made a concerted effort to destroy this woman, and the reason they want to destroy her is that she is a threat to them.

“She is a threat to the republican and democratic establishment in Washington DC. She is somebody that represents We The People, she’s one of us.”

Palin, you will recall, quit as governor of Alaska just two and a half years into her four year term in office. At the time, it was widely seen as an incredibly inept preparation for a 2012 presidential campaign, but according to Kremer?

“Let me say this: The reason she quit is that there was a concerted effort by the left to take her down.

“The state of Alaska is set up that any public official that is under ethics investigations has to pay for their own legal fees and bills, the left went after her and filed ethics complaint after ethics complaint. And every time one of them was dismissed another one would be filed. Her office was absolutely hamstrung.”

One thing that Kremer can’t argue is a conspiracy is Palin’s own actions.

When confronted with the fact that her attempts to ban a book by a local priest entitled “Pastor, I am gay” conflicts with Tea Party rhetoric on freedom, as well as Christian rhetoric on forgiveness, Kremer responsed:

The Tea Party movement are about individual liberty and freedom and we want the government to stay out of our business — that’s what we’re about. We do not focus on the social issues whatsoever, it’s all about fiscal responsibilty, limited government, free markets, so I can’t comment on that.

It’s probably a good thing that the Tea Party Express doesn’t focus on social issues, because when they touch on then, they don’t do very well. Mark Williams is Kremer’s predecessor in the Chairman role, and hasn’t had a great run in the press.

“In the course of the article I described the ‘god’ worshiped by terrorists as ‘a monkey god.’ I was wrong and that was offensive. I owe an apology to millions of Hindus who worship Lord Hanuman, an actual Monkey God,” Williams wrote Wednesday night.

But when he posted a satirical letter supposedly from “the Colored People” to President Lincoln praising slavery, that apparently crossed the line.

In the voice of slaves, Williams wrote: “Mr. Lincoln, you were the greatest racist ever. We had a great gig. Three squares, room and board, all our decisions made by the massa in the house.

“We Coloreds have taken a vote and decided that we don’t cotton to that whole emancipation thing. Freedom means having to work for real, think for ourselves, and take consequences along with the rewards. That is just far too much to ask of us Colored People and we demand that it stop!”

He went on to say blacks don’t want taxes cut because “how will we Colored People ever get a wide screen TV in every room if non-coloreds get to keep what they earn?”

That is a very interesting way to focus on fiscal responsibilty, limited government, and free markets.

• The coalition are conspiring to lock the left out of the electoral process – Tony Burke, October 23rd 2011

6 Responses to “USA 2012: The conspiracy aimed at nailing Palin”