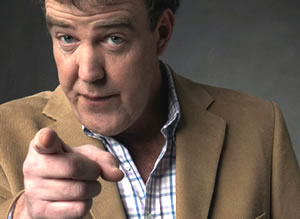 For a brief moment, I felt the union movement would garner some public sympathy from Jeremy Clarkson’s ignorant comments on shooting trade union members.

I was delighted Clarkson had once again acted like the class buffoon – his comments showed the true nastiness of anti-union sentiment, and the bully-boy tactics of Tory strikebreakers.

Yet, incredibly, the trade union movement managed to shoot itself in the feet with both barrels.

UNISON sent out a press release stating they were:

“…taking urgent legal advice about what action can be taken against him and the BBC and are considering whether there are grounds to refer a complaint to the police.”

Joel Taylor, the deputy news editor of the Metro, spoke for Fleet Street when he tweeted:

“GMB want Clarkson to make a donation towards the education of the child of a murdered Guatemalan trade unionist. I don’t think it’s a joke.”

As David Allen Green points out in the New Statesman, UNISON has actually called for a BBC employee to be dismissed immediately:

“Here we have a trade union calling for someone to be summarily sacked. No disciplinary procedure, no due process, no contract rights: the man should be fired immediately.”

The culture of ‘being offended’ now permeates the left. When Jan Moir made her nasty comments about “there being nothing natural” about Stephen Gately’s untimely death, the PCC received 22,000 complaints, more than it had in total for the previous five years.

As my colleague Padraig Reidy points out, Twitter is now a rent-a-mob for those wishing to be offended by racist people on public transport, or right-wing opinions in national newspapers:  and what’s worrying is that the solution to finding yourself angered by words is always to remove the offending content so no one can see it. UNISON’s threats of legal action are particularly sinister and would, if pursued in Court, be thrown out thanks to the right to freedom of expression.

A union – whose core function is to protect the rights of workers – should understand better than most why freedom of expression is important. The long march to the Left All this is indicative of a wider, more systematic problem.

The union movement has a serious image problem. Unions 21 the think tank surveyed union leaders, a huge 90.2% felt the negative bias against unions was growing. Almost all press coverage is negative. In turn, the movement itself is retreating into the retreating public sector. The US has a larger share of private sector employees unionised than we do.

The reasons are blindingly obvious; Luke Akehurst hit the nail on the head with his piece on the link between the Labour party and the unions:

“In most of the main unions elections for national level posts have become a contest between candidates from the Labour left and insurgents from even further left forces like the SWP.

“This distorts General Secretaries’ perceptions of the political spectrum: instead of worrying about how Labour can win over swing voters, who are probably not unrepresentative of their members, they worry about fending off (or in the worst cases appeasing) ultra-left activists who can give them a hard time at conference.”

The union movement is now internally insulated from mainstream Britain. The six million people who watch Clarkson’s bigoted opinions on Top Gear and laugh, the people who don’t understand a reference to Guatemalan history, those who look at picketers shouting through microphones on the TV and turn over.

Today UNISON threatened to sue one of the most popular TV presenters in Britain for an offensive joke. Will anyone in the Shadow Cabinet say publicly that this sort of behavior has to stop?

26 Responses to “Unions jump the shark over Clarkson”