Ed Jacobs writes about the Scottish infrastructure investment plan, announced mere days after the Conservative one. 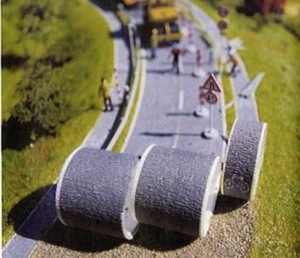 Just a week after the chancellor used his autumn statement to publish the UK government’s National Infrastructure Plan, designed to boost flagging economic growth, the Scottish government is this week set to announce details of its own plans to boost growth through a series of 80 infrastructure projects, thought likely to include the duelling of the A96 between Aberdeen and Inverness and A9 between Perth and Inverness.

Looking ahead to what he has dubbed a plan designed to provide “solid foundations” to the Scottish economy, the SNP’s cabinet secretary for infrastructure and capital investment, Alex Neil, explained:

“This week I will publish a plan to invest billions in more than 80 major capital projects and programmes that will keep Scotland’s economy moving. They are all significant developments that will both boost growth, and deliver a lasting legacy that benefits generations to come.

“It will also provide crucial support for employment, with every additional £100m of capital we invest per year estimated to generate £160 million worth of economic activity and support 1400 jobs in the wider economy for that year.

“All of these projects will signal a clear intent and provide the kind of solid foundations and certainty our construction industry demands.”

“With the Westminster cuts in our capital budget, and the autumn statement providing far too little, far too late, our plan will have maximum value for taxpayers’ money at its heart.

“But equally, the investment plan is ambitious, and rightly so. It could go even further, if the UK government would go beyond the current insufficient Scotland bill proposals on borrowing.“

Outlining his thoughts on the measures likely to be announced this week, with a declaration that the economic crisis engulfing the UK will change everything, Bill Jamieson, executive editor of the Scotsman newspaper, wrote on Sunday:

This week the Scottish government unveils its infrastructure investment plan. I commend it to readers’ attention for two reasons. First, it marks the onset of a sea-change in priorities in public spending and the aims and purposes of government. And second, it is likely to prove about the only item of good news we can expect.

Journalists are now often accused of constant negative reporting on the economy. But for months it has been difficult to report with any conviction otherwise. Last week marked the worst that I can recall in 38 years as a financial journalist.

First was the OECD forecast that the UK economy was likely to enter recession. Then on Tuesday came the autumn statement with the worst projections on economic growth and our national debt and deficit ever presented to parliament outside of war-time.

And on Thursday came a statement from the governor of the Bank of England using words without precedent from a UK central bank chief. We are in, he declared, “an exceptionally threatening environment” and that our financial system faced an “extraordinary serious” situation. Our banks face a “systemic crisis”.

The defence of journalists faced with such announcements remains as it has always been: we don’t invent it, we only report it. And lest we are still charged with over-egging the gloom, here is a quote from an end-of-week assessment by one of the most experienced investment bank economists.

I cite this, not because it is extraordinary, but because it is so typical of much of the commentary circulating in the financial sector; it comes from Michael Saunders, UK economist at Citigroup:

“We expect the UK’s cumulative growth over 2008-16 will be similar to, or worse than, Japan’s lost decade and the UK’s worst recession/recovery cycle of the last 100 years (excluding effects of World War 1 and 2).

“And it may be even worse than we expect. There is no accepted definition of depression: but this may qualify”.

It is against this appalling background that reports of business investment and expansion are of course all the more welcome. But we should be under no illusion about the extent and degree to which our economic and business environment has changed.

This is no ordinary cyclical recession but the onset of a new era. It will transform not only our own financial prospects but a political culture accustomed for decades to raising expectations and then meeting them by resort to ever more debt and borrowing.

Political priorities must now change profoundly – from the focus on current consumption spending to capital investment to create and sustain employment.

• Sisters are doing it for themselves, with no support from the autumn statement – Erika Watson MBE, November 30th 2011

11 Responses to “The SNP one-ups Osborne on infrastructure investment”