Alex Hern takes to task the Tories’ repeated refrain, most recently voiced by Claire Perry MP, that no one else is borrowing their way out of a borrowing crisis. 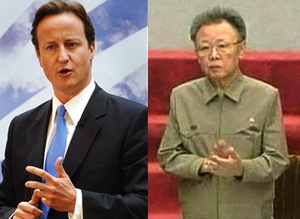 Tory MP Claire Perry took her party’s attempt to claim that their austerity program has international approval further than most last night, when she appeared on Radio Five’s Pienaar’s Politics.

Responding to Emily Thornberry’s claims the coalition had no plans for growth, Perry claimed:

“There’s only two parties in the world that want to borrow their way out of a borrowing crisis, and that’s the Labour Party and the North Korea’s worker’s party.”

Left Foot Forward will defer to her claim that North Korea wants to borrow its way out of a borrowing crisis. Even though it is doubtful, since North Korea is running a budget deficit of just 0.4 per cent of GDP, less than one twentieth of the UK’s, it would be churlish to pick on her too much.

However, her claims that Labour is the only other party in the world that wants to borrow out of a borrowing crisis deserves more scrutiny.

Firstly, even when David Cameron attempted to make a weaker version of the same claim, he was wrong.

“Of course it is a difficult economic environment that we are in, but is there a single other mainstream party anywhere in Europe that thinks the answer to the debt problem is more spending and more borrowing?”

It appears that Cameron doesn’t recognise the legitimacy of government of Denmark, because they provide an easy answer to that question. The Danish Red Alliance, elected in September this year, immediately introduced a £1.16 billion stimulus – which isn’t surprising, because the conservative coalition they took over from was planning to introduce a £1.25 billion stimulus.

The actual answer, however, is even easier. At least one British party other than Labour wants to borrow its way out of a borrowing crisis: The Conservative party.

Assuming we are in a borrowing crisis (rather than a growth crisis, or a jobs crisis, or a banking crisis), then the fact that the best plans of the Conservative Party, in the form of the Osborne plan, called for £149 billion of borrowing in 10/11 alone, makes it look an awful lot like they were trying to borrow their way out.

If borrowing one’s way out of a crisis didn’t work, our 2011/12 budget deficit would be zero. If it’s any higher, then we are borrowing. The fact we are now projected to borrow over £400 billion before 2015 means that the Conservatives clearly think borrowing out of a crisis works very well indeed – so the only debate left is how much to loan.

26 Responses to “No-one borrows out of a borrowing crisis, except the Tories, Labour, Lib Dems, Denmark…”