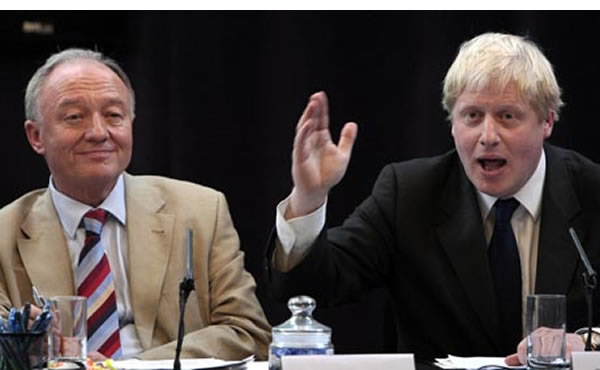 Livingstone said that if he was elected in May, he would bring in a “fairer approach” to housing.

A non-profit lettings agency would put good tenants in touch with good landlords so both can benefit from security of tenure and reduce the costs of letting, he explained, adding:

“It will work with boroughs, landlords’ representatives and tenants’ representatives, to develop a London-wide strategy for tackling rogue landlords and driving up standards. It will tackle a series of issues on accreditation, inspection and enforcement, licensing and energy efficiency, as well as tenants’ deposits protection.

“I want to end the churn-and-burn approach of some of the private letting agents, so I will be tackling abuses in this area.

“Through this work we will challenge the scandal of rip-off agency fees, horrific standards and the daily experience of disputes over deposits in the private rented sector, seeking to widen best practice such as that in Newham a borough that has made the campaign for a fairer rented sector a key part of their work.”

While on his other flagship housing policy, the London Living Rent, Livingstone said:

“Too many Londoners pay more than one third of their income in rent. That benchmark should be the indicator that drives us in our work to improve the living standards of Londoners from all walks of life.

“In more than half of London boroughs Londoners are paying on average over 50 per cent of their incomes. We should be doing everything we can to get that number down. Many people in reasonably well-paid jobs are seeing their incomes absorbed into their housing costs.

“Learning from the success of the London Living Wage in arguing, cajoling, intervening and collaborating, the Living Rent Campaign will be a new way of making City Hall work for ordinary Londoners.”

The urgent need for action on housing is clear: Nearly a quarter of London households (700,000) are in the private rented sector – compared to 16% nationally; the average rent in the capital is now £1,000; and more than 40 per cent of private rented dwellings do not meet the decent homes standard – compared to 29% of owner occupier, 20% of housing association and 27% of council houses.

The horror stories are numerous, as Livingstone illustrated:

“Earlier this year I launched a specific appeal for Londoners to tell me their ‘Housing Horrors’ – what was their personal experience of living in the private rented sector?…

“We were overwhelmed by the things people told us; one wrote:

“I currently live with my husband and 2 children in a small 2 bed flat in north London for which we pay the extortionate amount of over £1250 per month. We cannot move as we have elderly relatives in the area that we look after and our children are settled in school.”

“As (previously) a University Lecturer – I’ve been forced to move back to my mothers and quit my job in the city simply due to the fact that the cost of renting even a room in London is unaffordable – unless I live in squalid conditions constantly having to move.”

“We are not talking only about the poorest or most marginalised. There thousands of Londoners, many aspirational and well-qualified, who by definition will never get into social rented accommodation. Most of them cannot afford to buy.”

• A third of the country could lose advice vital to preventing homelessness – Will Horwitz, October 19th 2011