Ben Fox runs over the latest in the eurozone crisis from Brussels. 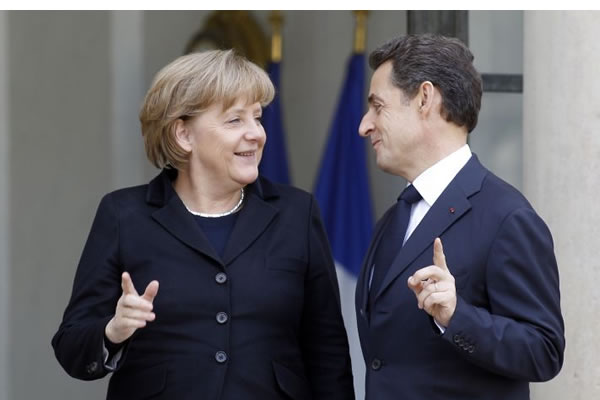 For EU leaders preparing for this week’s crucial summit on the euro crisis, the Standard & Poor’s threat of a wave of credit downgrades was about as welcome as a bacon joint at a Bar Mitzvah. It was rating agencies who infamously awarded asset-backed securities filled with sub-prime mortgage debt AAA credit ratings.

It may be that S & P wanted to get revenge on the European Commission who last week proposed legislation to make the work of rating agencies more transparent and accountable with tighter rules to boot. Either way, credit must go to Standard & Poor’s for finding a way to make credit rating agencies even more unpopular.

However, while S & P’s threat is certainly a massive over-reaction it is scarcely surprising. It fits into the pattern of behaviour by the rating agencies – too generous in the boom years, swinging to being far too severe in the hard times. The main problem has been that credit ratings have increasingly tended to become a self-fulfilling prophecy rather than a sensible assessment of creditworthiness.

S & P’s actions follow the agreement reached yesterday by Germany and France to change the EU treaties to enshrine tough fiscal discipline in the eurozone. The ‘Merkozy’ deal seeks to establish debt limits for eurozone countries, to be enforced by automatic sanctions. It would also create a “golden rule” on balanced budgets and the European Court of Justice (as well as the European Commission) would have the power to scrutinise the budgets of individual countries.

While the markets reacted positively to the prospect of a treaty change, the idea the ‘Merkozy’ plan of changing the EU treaties to establish debt ceilings for eurozone countries will be enough just isn’t credible.

History tells us that even limited revision to the treaties takes years. Germany and France seem to want a treaty change by March 2012. This is, at best, very optimistic. Besides, the ‘Merkozy’ plan contains nothing to deal with the current crisis.

In fact, it barely goes beyond the economic governance legislation which the Conservatives and Liberals forced through the European Parliament and Council of Ministers earlier this year. The proposal for a debt ceiling is also slightly puzzling since the Stability and Growth Pact already establishes a limit of 60% debt to GDP ratio and 3% budget deficit.

More importantly, the ‘Merkozy’ proposal is about measures to prevent the next crisis rather than address the current one. No treaty change is needed for this. The turmoil will continue unless the ECB and the EFSF get heavily involved in the bond markets.

The yields on Italian, Spanish and Belgian paper are already worryingly high, and Italy has to finance around €150 billion between February and April 2012. Establishing that the ECB could act as a buyer of last resort could, in some interpretations, fall within the ECB’s mandate of delivering price stability.

Meanwhile, although joint liability eurobonds are beyond the scope of the current treaties, a clear commitment at the EU Council summit to a system of eurobonds involving strict market discipline would send a further signal eurozone countries are ready to work together. Standard and Poor’s seem to be adopting the same tactic as the bond markets have done by forcing up the yields on Italian and Spanish, as well as French and even German bonds.

8 Responses to “Eurozone crisis: A threat or a promise from the credit rating agencies?”