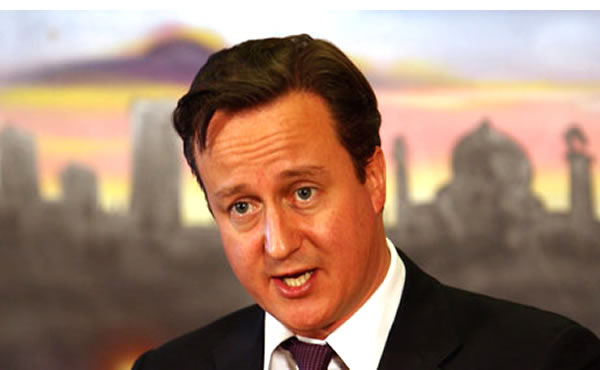 Social Workers have no guarantee of success, they can sometimes only aid at the margins, but their work makes a difference, and in some cases a life-changing difference. Which is why it was interesting to see the government launching an initiative in which it implied a remarkable ignorance about the work social workers undertake in trying, against often overwhelming odds, to effect change.

The policy? ‘Troubleshooters’ will be brought in to transform the lives of ‘problem families’.

In David Cameron’s speech launching the initiative – appropriating funds from existing budgets rather than offering new resources – the prime minister said many things of note, but two, in particular, stand out.

“We need a social recovery in Britain every bit as much as we need an economic one. So while the government’s immediate duty is to deal with the budget deficit, my mission in politics – the thing I am really passionate about – is fixing the responsibility deficit, building a stronger society, in which more people understandtheir obligations, and [where] more take control over their own lives and actions.”

So a ‘social recovery’ is independent of economic progress? Most people with any insight whatsoever, into crime, drug abuse, anti-social behaviour or ageneral lack of aspiration would disagree.

Next, more wisdom, this time about precisely how his plan will finally sort out those nuisance families:

“When the front door opens and the worker goes in, they will see the family as a whole and get a plan of action together, agreed with the family. This will often be basic, practical, things that are the building blocks of an orderly home.”

What is it precisely that our prime minister thinks social workers do at present when visiting chaotic families with problems? Pop in, use the toilet and leave; drive past and throw them a booklet; quiz them on their favourite extra virgin olive oil? No, many social workers tell me that when they are able to leave their desks and spend time with families, they ‘work with the family as a whole’, agree with them ‘a plan of action’ and offer, in some instances, ‘basic practical’ support.

We are becoming increasingly concerned by the current re-emergence of notions of the deserving and the undeserving poor. We have a Conservative leader using the recession as a smokescreen to disguise a political agenda of cuts and reducing the public sector.

With his latest announcement, Cameron again shifts the spotlight away from the lack of education, employment, housing or any other basic human needs, and again puts the blame squarely on the weakest people in our society and the professionals whose life work it is to help them.

These front doors that social workers have to step through are a million miles from Mr Cameron’s Oxfordshire mansion.

He would be better served putting resources into social services instead of taking them away. Cuts driven through by his government are effectively culling family support services by taking all their resources.

The prime minister is spearheading a return to Dickensian values, where judgements of morality take precedence over basic human decency. He stands as a modern day Mr Bumble, deciding how much thin gruel to dole out to whoever he deems to be most worthy. The fact that he himself has emptied the cook pot seems to pass him by; “never mind, it’s the pauper’s fault for needing gruel in the first place!”

More alarmingly, his ideas are spreading. Earlier this month, the National Centre for Social Research’s latest British Social Attitudes report revealed that while 75% of those questioned agreed that the income gap between rich and poor was too large, only just over a third (35%) believed the government should redistribute more to solve the problem.

The report also identified concern that benefits were too high and just encourage the workshy to remain out of work. Even children facing poverty did not escape censure, with 63% deciding that parents who don’t want to work were responsible.

At the beginning of the year, Graham Allen MP’s government commissioned report (pdf) stated that putting resources into early intervention into families and setting children on the right path in life will help break the cycle of “dysfunction and under-achievement”. The report identifies that decades of late intervention have failed and that major social problems have got worse not better.

“If we continue to fail, we will only perpetuate the cycle of wasted potential, low achievement, drink and drug misuse, unintended teenage pregnancy, low work aspirations, anti-social behaviour and lifetimes on benefits, which now typifies millions of lives and is repeated through succeeding generations.”

This echoes findings by Professor Eileen Munro’s seminal review of child protection, which endorses sure start children’s centres and the health visitor service in early intervention.

Cameron’s meaningless spouting about adoption league tables one minute and troubleshooters the next, says more about his commitment to media soundbites than to effecting genuine social change. He is pledging to spend more money he allegedly doesn’t have on an initiative that has been proven by previous governments not to work.

The prime minister’s comments about a “string of well-meaning, disconnected officials” are more applicable to the members of his government than to social workers. Taking a big stick approach to families with multiple problems and chaotic lifestyles does not work. These families are a by-product of wider problems in society and cannot simply be asbo-ed out of existence.

We want to see the government put more money into approaches that have been evidenced to work, like establishing an Early Years Foundation and protecting sure start centres. Professionals need to work with families in ways that bring the best out in them rather than alienating them, intervening at an early stage to try to prevent future tragedies from happening.

This announcement by Mr Cameron will only serve to reinforce downward spirals of failure rather than turning lives around. It is a very bleak outlook. For all Cameron’s talk about the Big Society, the government is failing poor children.

The only moral test we as a society should be applying is how we treat our most vulnerable members.

It is welcome that Cameron recognises a few of the tasks social workers take for granted in their work, and that they would like the chance to do more of, but truly alarming that he thinks he has invented the profession, almost overnight, and that it is not social work but ‘troubleshooting’. What a truly happy new year it would be if the political support was found to genuinelyback social workers in work they understand far better than any politician.

Granny knows very well how to suck the eggs, now let her get on with making an omelette.

• Memo to Cameron: The rich give less to charity – Daniel Elton, November 4th 2011