The public sector is cutting jobs, the private sector is scaling back recruitment and most of the government’s apprenticeships are being taken up by older people. 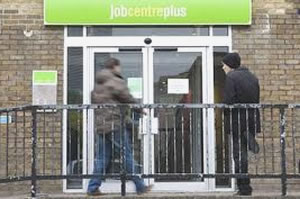 A new report on the labour market outlook from the Chartered Institute of Personnel and Development (CIPD) warns of a ‘slow and painful employment contraction’ for the UK in coming months.

It follows less than a week after the Confederation of British Industry published its latest quarterly forecast (pdf), which showed unemployment is expected to increase to 2.75 million (8.5 per cent of the labour force) during 2012.

The CIPD finds that the slowdown in economic growth has not yet led to an increase in the rate of redundancies but that employers have reacted by scaling back their recruitment plans, both in the public and private sectors.

More employers expect to reduce staff numbers than to increase them in the next three months, and over the next year. The biggest cutbacks will be in the public sector.

This drop in recruitment will be particularly bad news for young people who are looking to get their first foothold in the jobs market. Youth unemployment (among those aged 16 to 24) was 991,000 in the three months to August and it is widely expected that figures released on Wednesday (16 November) will show that in the three months to September it was above 1 million for the first time since comparable records began in 1992.

The government’s main response to rising youth unemployment has been to announce more apprenticeship places.Provisional figures (pdf) show 163,000 more apprenticeships commenced in the last academic year, compared to the previous one.

But there is growing concern that the biggest increases in apprenticeships are among those aged 25 and over, who accounted for 126,000 of this rise, not young people.

In the concluding chapter of an edited collection on apprenticeships to be published by IPPR tomorrow, my colleague Tess Lanning and I argue that apprenticeships can help young people break out of the unemployment trap by offering additional general education, the chance to learn the ‘soft skills’ that employers often demand and specific job-related training.

But employers have become increasingly reluctant to hire school leavers. They need more support to set up apprenticeship programmes, particularly when they are hiring apprentices for the first time.

Lower recruitment is also likely to result in higher long-term unemployment, increasing the risk of people becoming detached from the labour market. To counter this danger, the government should introduce a scheme that would guarentee a job, paid at the minimum wage or above, to anyone who has been out of work and claiming Jobseekers’ Allowance for more than 12 months.

The guarantee would be matched by an obligation to take up the offer or find an alternative that does not involve claiming JSA.

These specific steps would help those hit hardest by the deterioration in the labour market. But reduced employment prospects are the inevitable consequence of a slower rate of growth in the UK economy.

In the short-term, what is most needed is an injection of demand. Squeezed households are in no position to provide it and companies are reluctant to spend their large cash balances because the outlook is so uncertain.

That leaves the government but, while the chancellor refuses to adjust the pace of deficit reduction, there is no hope of relief from that quarter. As a result, as the CIPD survey shows and the CBI predicts, further increases in unemployment appear inevitable.