Tony Burke runs through the many, many, many positive things the European Union has done for British workers. 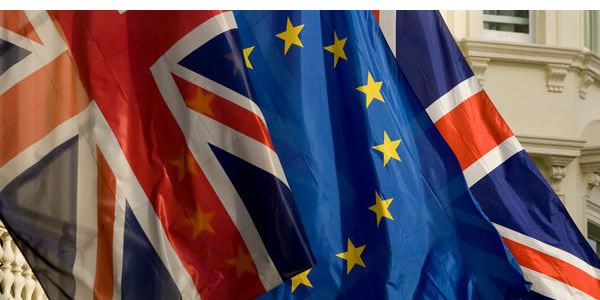 With the eurozone in crisis, Euroscepticism is on the rise; Tony Burke, Assistant General Secretary of Unite, lays out the many, many positives European Union membership has brought us – not least in the field of workers’ rights (that couldn’t possibly be why the mad right loath the EU, could it?!)

The recent EU referendum vote in Parliament opened up self-inflicted wounds for the Tories. Even before the vote David Cameron knew he had to step up the anti-EU rhetoric to try to pacify his anti-EU headbangers. So the day after the vote, a report by Adrian Beecroft, venture capitalist and Tory Party donor, was leaked.

Barmy Beecroft’s report proposed to do away with unfair dismissal rights in order to clear out workers who were “coasting along” and were “impossible to sack”.

Len McCluskey of Unite, the GMB’s Paul Kenny, the TUC’s Sarah Veale (who roundly trashed the report on the Today programme) and Labour’s Chuka Umunna rightly condemned the report; Umunna (a corporate lawyer) said the reports proposals were ‘ludicrous’. The Lib Dems distanced themselves and Downing Street eventually said they had no intention of implementing it.

The report, however overshadowed, comments from Cameron himself, and ministers such as Michael Gove (who had the chutzpah to say the Tories were more united than ever on Europe), who, throwing bones to the baying Tory hounds, said they would be seeking ‘repatriation’ of legislation – notably employment legislation.

Gove is quoted as saying he “would like to see regulations governing whom we can hire, how we can hire and how long they work” taken away from Brussels.

With the right wing media busy cranking up more Brussels bashing it is timely to look at – to paraphrase Monty Python’s Life of Brian – “What Has Europe Ever Done For Us?”

It is important to recall that up until the late 1980s trade unions had been generally hostile to the EU. The TGWU and AEEU had campaigned for a no vote in the 1975 referendum on continued EU membership.

1979 saw the election of a Conservative government and with no legal employment guarantees in the UK, we in the unions learned a hard lesson: A right wing government with a big majority could dismantle the post war consensus, could deregulate the labour market, could impose unimaginable constraints on trade unions and put in place policies designed to dismantle collective bargaining.

In 1988 the President of the European Commission Jacques Delors addressed the TUC congress. He was enthusiastically received when he laid out a vision of a Europe with social and employment rights at its heart. I well recall Ron Todd, then general secretary of the TGWU, in a speech to that Congress saying that after almost 10 years of Thatcherism, the EU was “the only card game in town”.

Now, there are workers – in and outside of trade unions who take for granted the pro-worker legislation emanating from the EU – as thought it has always been there. And there are those who misguidedly express anti Brussels sentiments without recognizing what they could lose.

So lets look at some of the key pieces of legislation, which have benefited working people here in the UK.

They may sound complex, but workers across the UK have received some form of protection by them:

• The part time workers framework agreement required that part-time workers’ employment conditions were not be less favourable than those of comparable full-time workers, with employers, required to take account of employees’ preferences and their requests to transfer from full-time to part-time employment or vice versa. This legislation helped thousands of low paid women workers who worked in part time jobs.

• And of course the temporary agency workers directive which aims to guarantee a minimum level of effective protection to temporary and agency workers. Although its transposition into UK law has been controversial, it does provide some protection from the gross exploitation agency workers have suffered over the years. I would suggest this was the ‘hire and fire’ Gove referred to.

• This was coupled with the health & safety in fixed term and temporary employment – an EU directive (91/383/EEC) which ensured that fixed-term and temporary agency workers, who are more exposed to the risk of accidents at work and occupational diseases than other workers, have the same level of safety and health protection at work as other employees.

• Young people at work is an EU Directive which provided the protection of young people at work which insists that EU member states must prohibit the employment of children (i.e. those under the age of 15 or still in full-time compulsory education). Remember the anti-EU rants about schoolkids and paper-rounds?

• Now a personal favourite  – the working time directive, a piece of key health & safety legislation, watered down by the Tories with an “opt-out” for individuals and a piece of legislation that New Labour kept at a distance fearful of the trashing they would get by the Mail and the Sun for being seen curtailing peoples right to work all the hours God sends no matter what the consequences are.

One former minister told me Labour would keep the “opt-out” as it “it doesn’t play well on the doorstep telling people they can’t work overtime!”

The fact is that under the EU’s working time directive each member state must ensure that every worker must not exceed working more than 48 hours on average, (over a 52 week period) as well as providing for minimum rest breaks during a shift, minimum weekly rest time and lest we forget – guaranteed paid annual leave, of at least four weeks (28 days a year) – excluding bank holidays.

• Again although currently controversial because of the way the European Court of Justice has interpreted the law, the posting of workers directive ensured that employees being sent to work in another member state their rates of pay and working conditions must be maintained.

• The transfers of undertakings directive (TUPE) is one of the major protections for workers – the Directive stopped the transfer of an undertaking (business) as constituting a valid grounds for dismissal. Rights and obligations under the employment contract pass from the previous employer to the new one although for economic, technical or organisational reasons can alter this.

Remember, there was a time when companies did dismiss and automatically sack their entire workforces upon the transfer or sale of a business.

• On collective redundancies – the EU Directive improved protection for workers who faced job loss. It set out rules on the information and consultation of workers’ representatives before collective redundancies could be made, set out periods of time for consultation as well as provisions on practical support for the employees who may lose their jobs.

Both TUPE and the collective redundancy legislation are under review across Europe – however the Tories are pushing for major changes and shorter consultation periods.

• The information and consultation directive provided for a general framework for informing and consulting employees on major decisions being made by companies including the recent and probable development of the undertaking’s or the establishment’s activities and economic situation, the situation, structure and probable development of employment within the undertaking or establishment and any anticipatory measures envisaged.

It applies in particular where there is a threat to employment decisions likely to lead to substantial changes in work organisation or in contractual relations.

The last Labour government watered down the legislation at the behest of the employers and made it hard for on employees to trigger a request for a company to set up I&C bodies.

Member States must provide for the right to establish European works councils in companies or groups of companies with at least a thousand employees in the EU. EWCs can be powerful bodies if used strategically by unions. Many companies and union members who sit on EWCs see their importance although there are many EWCs set up prior to the legislation, which keep unions as advisors or experts out.

• European company statute provides for a European company (SE) status, allowing companies incorporated in different member states to merge or form a holding company and providing for the involvement of employees in European companies. This is the subject of a special supplementary directive (2001/86/EC).

• There is new legislation that provides for transnational company agreement concluded by one or more representatives of a company or a group of companies and one or more workers’ organisations (unions). They cover working and employment conditions and relations between employers and workers or their representatives.

• On equality legislation, parental leave is part of a framework agreement, which extends the period of parental leave to at least four months for each parent. It applies to all workers and to all types of employment contract.

• The EU directive on equal pay prohibited all discrimination on the grounds of sex in relation to pay and called upon the member states to eradicate any discrimination laid down in national laws, regulations or administrative provisions and to inform workers of measures taken in application of the directive.

• The equal treatment in employment and occupation directive put in place a general framework to ensure equal treatment of individuals in the European Union, regardless of their religion or belief, disability, age or sexual orientation, as regards access to employment or occupation and membership of certain organisations.

The directives and legislation emanating from the EU has been – on the whole – beneficial to working people and trade unions.

No doubt the Tories will try to appease the anti-EU brigade with more myths about employment rights and talk of getting laws back from those pesky Europeans – supported by the media and the usual suspects among employers referring to all this as “red tape”.

Lets hope the Labour front bench in BIS are prepared to fight back and defend this legislation as important protections for workers with far less protection than workers elsewhere in the EU.

37 Responses to “What has Europe ever done for us? Well…”