The current impasse over the passage of a budget in Wales, triggered by last week’s vote, was in hindsight always likely, writes Ed Jacobs. 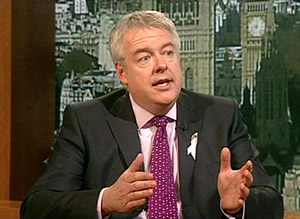 The current impasse over the passage of a budget in Wales, triggered by last week’s vote which saw AMs split evenly on a motion to “note” the measures contained within the Cardiff government’s budget for 2012/13, was in hindsight always likely.

Since the decision by Carwyn Jones and Welsh Labour to go it alone following May’s elections to the Senedd, with just half and no more of the seats, it was the budget which was likely to cause most tension, with both the Liberal Democrats and Plaid Cymru jostling to maximise the concessions they can get out of the government in the knowledge Labour will not be considering any sort of deal with the Conservatives.

For Plaid Cymru, they want to see the Enterprise Department’s budget increasing substantially – but have not yet spelt out publicly where money would be taken from to pay for it.

Such a commitment from Labour, however, would see its current proposals completely picked apart as money was cut from other areas to concede to Plaid’s demands.

The Lib Dems, meanwhile, led by Kristy Williams – who has made the fight for improved education in a Wales a personal priority – have used discussions with Labour to concentrate on the party’s proposals for a “pupil premium”, similar to that introduced in England, targeting the most disadvantaged pupils.

Importantly, however, the party is not seeking any additional money for this, preferring instead for alterations within the existing education budget rather than expecting changes elsewhere.

Whilst Plaid and Lib Dem figures are reported in the Western Mail to have expressed frustration over the slow pace of talks, the reality is that for both of them, stalling tactics are just what they will be looking to achieve, seeking to maximise their strength over a government that will be keen to get a budget passed as swiftly as possible. Given this, the Lib Dems in Westminster should take note.

Having been so roundly condemned for having lacked any real strength in shaping Whitehall’s economic strategy of cuts and deficit reduction above all else, the actions of their colleagues in Wales is a sign of what could have been achieved if they had instead decided to provide confidence and supply support to a minority Tory government rather than full coalition.

Indeed, in Scotland, the former Conservative leader, Annabel Goldie, was not shy to argue how much influence she had managed to gain over Alex Salmond and the SNP’s budgets from a position of an opposition, maximising its influence, whilst recognising its responsibilities to ensure a budget is passed in a timely manner.

For Welsh Labour, meanwhile, the decisions to be made over the budget will be crucial as to who they align themselves with in Cardiff. With this just the first budget in a five-year Assembly, Carwyn Jones and finance minister Jane Hutt will be keen not to have to repeat the slow negotiations and difficulties they now face.

Having decided against forming a formal coalition with another party, it will at the least now have to decide who it would prefer to do business with to secure this and future budgets – its former partners Plaid Cymru or the Lib Dems.

If it is to maintain its strength, ministers in Wales will need to make a decision quickly, for the longer negotiations rumble on for, the weaker they will become as time begins to run out. It has to avoid the kind of gridlock and stalemate now being seen in the United States where failure now seems highly likely in reaching a deal between lawmakers over the budget.