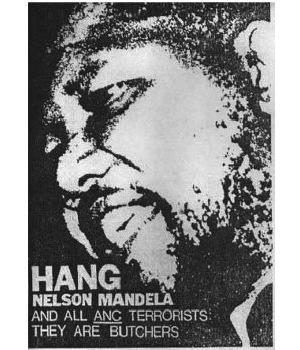 The flurry of scandals involving Conservative Future, the youth wing of the Tory Party, ought to raise serious questions about the make-up of the organisation.

The rush was sparked by an investigation by the Oxford Student newspaper into that university’s Conservative association.

Most embarrassing for OUCA is video evidence of one member beginning an anti-Semitic chant, which has featured before in the society’s controversial recent history.

At another Port and Policy meeting, in spite of the association’s reputation for extreme views, one member was overheard complaining that OUCA “was not right wing enough”, while another proudly claimed the society was “a better dressed version of the BNP.”

As we reported earlier this month, the history of OUCA is one of scandal:

In 2000, four members were kicked out of a meeting of Oxford University Student Union for what the student press described as “a deliberate disruption of proceedings, involving Nazi-style salutes, cries of ‘Viva Pinochet’ and alleged drunken behaviour”.

In 2004 OUCA’s ex-treasurer was found guilty of bringing the organisation into disrepute after writing an article claiming that “the problem with India is its culture [which is] stained by two main features which hold the country down continually with little sign of change: democracy and Hinduism”.

In 2007, they were exposed for singing exactly the same Nazi song that they got in trouble for this month.

But the rot amongst young Conservatives is broader than just one university.

An effigy of US President Barack Obama was burned over the weekend by members of the Conservative student association at St Andrews University.

The St Andrews Conservative Association apologised for any offence caused.

Suggestions that the effigy was also wrapped in an EU flag have been denied.

As Political Scrapbook uncovered this morning, this isn’t the first time that St Andrews Conservatives have done something like this:

The Conservative Association which caused outrage by burning an effigy of Barack Obama have previously torched a likeness of Nelson Mandela on numerous occasions and toasted Apartheid at their annual dinners.

The group at St Andrews University have been excoriated for the racial insensitivities of the stunt.

And yesterday, the chair of Conservative Future was savaged for mocking the northern diet of “chips and gravy”:

The leader of the Conservative Party’s youth organisation has been called “patronising” and “snobbish” after insulting the diets of northerners, describing the party’s successes in the region as the ”gravy revolution”.

The Tory website London Spin — previously the venue of appalling anti-gypsy racism — claimed that Conservative Future chair Ben Howlett has “committed to having chips and gravy with CF branches in the north”. Not for the first time, it was left to the blog’s readers to point out how out of touch this supposedly amusing campaign ruse is.

So many young Conservatives have said so many terrible things in public that there exists a blog purely to catalogue them. From Tory Boy Tom complaining:

Gypsys breed like rats. How can they have human rights when they aren’t human? Soft touch Britain at its worst.

As far as I can see, racism is discrimination against a particular race. So you can be racist against Jews, but not against black people…

The cup of young Tories with terrible views is overflowing.

What’s really scary, however, is the thought that none of this is new. It may well be that what has changed isn’t that Conservative Future has got more racist and offensive over the years, but merely that whereas they used to do all of this in private, it now often spills out into public.

Although Cameron has managed to crack down on stories of his Bullingdon days, it will be harder for the leaders of the future to do the same.

38 Responses to “What will Cameron do to end the racism of the young Conservatives?”