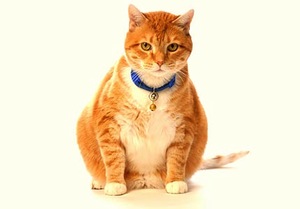 As Ed Miliband and David Cameron clashed during prime minister’s questions over the pay of some of the richest in society, Scotland’s most senior judge has argued that the Scottish judiciary is being left under-manned as a result of a lack of any increase in the £172,000 salary paid to the most senior judiciary north of the border.

Speaking to the Scottish Parliament’s justice committee as part of its inquiry into the draft Budget 2012-13 and spending review 2011, Lord Hamilton, Lord President and Lord Justice General of Scotland, outlined to MSPs his concerns about the toll that public sector spending cuts are having on the salaries of senior judges.

He went on to argue:

“That gives rise to a number of problems, not least of which is how do we ensure that we encourage the best people qualified for the post to apply to be senators of the college of justice.

“One of the problems that we had last year was that there was a competition. But the board, having interviewed a number persons, found that none of those who applied were suitable for appointment. So we’ve been in a situation where we have been running one judge short for the last year or so.

“That’s a matter of real concern.”

Hamilton continued to argue that whilst he understood the need for restraint, the pay of the judiciary had failed to keep up with inflation for a number of years.

With roughly 40 per cent of the budget for the Scottish high court and court of session going on wages, and the same proportion spent on building maintenance, he went on to warn also that some courts might face closure.

The Lord President explained to the committee:

“Some of these buildings are rather old, so therefore the maintenance costs have increased. What we’ve begun, and we’re only at the very early stages of it, is looking at what we really want by way of provision of court buildings in the 21st century.”

In a statement to Left Foot Forward, a spokesman for the ministry of justice which is responsible for the pay of judiciary in Scotland responded:

“There is currently a two year pay freeze from 2011 for those in the public sector earning over £21,000. This includes judges. The judiciary’s pay was also unchanged for 2010-11, based on a recommendation from the Senior Salaries Review Body.”

Opposition politicians however were not quite so muted in their response. In a statement provided by Scottish Labour, one of its MSPs, Drew Smith argued:

“Of course we need talented people to become judges but it’s hard to believe that a salary greater than the prime minister’s is not attractive. Most people could only dream of a £176,000 salary, with a generous pension too.

“If low-paid public sector workers are facing a pay freeze, it would be grossly unfair to give high court judges an exemption.”

For the Conservatives, however, whose party south of the border is presiding over the very pay restraint that Lord Hamilton has been complaining about, there was a clear sense of a possibility that the pay of the judiciary might need to be looked at again.

“Lord Hamilton’s statement gave a deeply concerning insight into the quality of judges being attracted to work in the Scottish justice system. We must always maintain the highest standards in our courts, and if the current pay freeze is leading to a lack of qualified judges, then something must change.

“It is unacceptable that current judges are being stretched thin to cover for the shortage, and immediate steps must be taken to hire an experienced and aptly qualified judge as soon as possible. The SNP have to urgently start investing in our justice system, or otherwise risk seeing a dramatic fall in standards.”

Dubbing Hamilton’s remarks as “ill-judged” meanwhile, a leader column for the Scotsman declared:

“According to a report last year, Scottish judges are paid eight and a half times the average salary in Scotland, the highest ratio in Europe. We must have the best on the bench, but those who judge should not become too far removed from those they judge.

“The public, most of whom have had salary cuts or pay freezes or have lost their jobs, might think it appropriate for there to be judicial silence in court on this issue.”