Alex Hern covers the statements of Lord Hunt as he assumes leadership of the PCC, and questions whether he fully appreciates the problems the commission has. 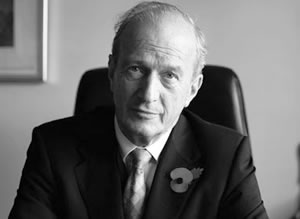 The new head of the PCC, Lord Hunt, has today given an interview to the Guardian in which he’s laid out his priorities for leading the commission.

“I want to be guided by the people who really know.

“I’m determined to set the agenda as long as [the people in] the industry are prepared to share with me their thoughts about the way in which the challenge of self-regulation can be met successfully.”

The challenges of self-regualtion are hard to meet successfully when some of the people who are supposed to regulate themselves don’t really want to do so; as Left Foot Forward reported earlier this month, certain papers treat the PCC with barely disguised contempt:

The Richard Desmond-owned Daily Star and Daily Express have both withdrawn from the PCC – they are no longer covered by the body. They very clearly have no respect for it, and do not take it seriously at all.

At the time, in January this year, Tabloid Watch asked:

“And what happens to Desmond? Well, it appears there’s nothing to stop his papers carrying on as usual – filled with all the lies, hatred and dreadful ‘journalism’ that have filled their pages since he bought them. Will it get worse now the PCC fig-leaf has gone? Can it possibly get worse?”

He concedes that the commission, though recognised for its mediation and arbitration work, has not been a regulator.

He says: “The important thing is to try to get a balance between a complaints handling service and a regulatory approach, and speaking as a lawyer, these are separate matters, and if there has been a difficulty in the past, it is that people have confused the two.”

The current PCC, with its separation between those two functions, has led to some laughably inept regulation.

Earlier this month, we reported:

Despite the PCC ruling there were “two separate occasions of significant inaccuracies on the newspaper’s front page” – which they describe as “a matter of serious concern to the Commission”, no sanction was imposed. Full Fact describe the Mail’s treatment of the PCC as “extraordinarily derisive”.

The PCC is too timid to stand up to the newspapers with whom it deals.

It fatally undermines the good work that the PCC’s complaints staff do by showing that ultimately, when the Commission itself is called upon to regulate rather than mediate, it is weak.

On other areas, however, Hunt shows less understanding of the role he is stepping into.

The Guardian reports that:

He chooses to praise the code – “there is nothing wrong with it,” he says firmly.

This is the code which exempts headlines from the rules, which says that pejorative reference to an individual’s sexuality is bad but that homophobia in general is absolutely fine, and which rules that the words “the fact is” do not indicate that something is a fact:

Nine months after the Telegraph’s Christopher Booker penned an article calling sea-level rise “a colossal scare story” – prompting a complaint from Bob Ward of the Grantham Research Institute – the Commission ruled that:

“It is not of course for the PCC to make findings of fact on where the truth about climate change lies.”

The body is obliged to make judgments on clear factual inaccuracies, and Ward had exposed a whole selection – yet Booker was exonerated, and his article remains.

In effect the PCC relieves columnists of the obligation to base articles on facts. This tendency reached absurd heights recently, when – despite requiring newspapers “to distinguish between comment, conjecture and fact”, the body ruled that the words “the fact is” – prefacing a review of published research findings – did not indicate a statement of fact.

With the opening statements of the Leveson inquiry being made today, Lord Hunt has to prove that the PCC is still relevant against charges from all sides that it is obsolete and out of date.

On one aspect at least, he is trying to keep up with the modern world:

Surely the major problems occur because of the tabloids? “No,” he replies, “I think the greater challenge is with the bloggers, whether it’s Guido Fawkes or whoever.”

• Not enough evidence to collar Coulson as report slams News of the World and “toothless” PCC – Shamik Das, February 24th 2010

7 Responses to ““Nothing wrong” with the PCC code, thinks the head of the PCC”