IPPR’s Matthew Lockwood argues fuel poverty needs to be tackled with well targeted, well funded measures - unlike those currently in use. 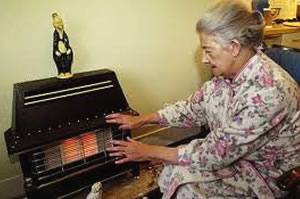 If Britain today is beginning to feel like a throwback to the early 1990s, with economic growth slowing to a halt and rows about Europe, one particular aspect of that period is back with a vengeance – fuel poverty. Across the country, millions of people are praying that this will not be a cold winter.

It was old people literally dying of hypothermia in their own homes, afraid to turn on their heating because of the high cost that led the incoming Labour government to pledge an end to the problem by 2016.

At first, progress was fast, with the “fuel poor” – measured as households spending 10 per cent or more of their income on heating – falling from around one in four households in the mid-1990s to fewer than one in ten by 2003.

But after 2003 things got much harder. Oil and gas prices started to creep up following the invasion of Iraq and huge growth in Asia.

Fast forward to today and prices are peaking again with hikes of almost 20 per cent this year from most energy suppliers. The situation is further complicated by rising awareness of the need to tackle climate change and the unavoidable fact that some of the policies needed will further add to the cost of energy bills.

We now know the 2010 target for reducing fuel poverty was not met and on current trends the 2016 target will not be met either.

So what is to be done? How can we eliminate the deepest fuel poverty, especially in a world with high energy prices for the foreseeable future and the attempt at a transition to a low-carbon economy?

The first priority is to improve our housing stock, which is the worst in Europe, with poor households often living in the least insulated and most draughty dwellings.

This is the only long-term solution to affordable warmth for all. It is also not a new objective, and we have learned a lot from attempts to improve energy efficiency over the last two decades. Supply chains for insulation and improved boilers are in place, and we have more trained energy auditors.

However, with the current programme aimed at poor households now being phased out under the government’s programme of public spending cuts, there is an urgent need to put something in its place. Moreover, that something has to overcome the big problem that past efforts have suffered from, namely poor targeting.

Finding those who really need help – the poorest people in the worst housing – has proven hard in practice, and free insulation, boilers and draught-proofing have sometimes gone to those who could afford it themselves. A solution to the targeting problem may be in sight, however.

Last year, a new scheme was piloted that matched records from the Department for Work and Pensions on old people receiving pension credits with the customer records of the energy suppliers, who then provided an £80 rebate on their energy bills.

With the right methods, it is thought that up to 70 per cent of these poorer pensioners could be identified and helped, and over time matching should get even better. The Government is now proposing to build on this pilot with a warm homes discount (WHD) scheme offering bigger rebates over four years to poorer pensioner households.

This is a hugely promising approach, but the WHD idea is still limited in two key ways.

First, it just addresses pensioners, and leaves out other types of poor, vulnerable households with high energy costs, which will include households with people who are long-term sick, disabled or with children. The Institute for Fiscal Studies (IFS) has recently pointed out that child poverty is set to rise, so ensuring that young children are not suffering ill health from damp cold housing will be a major challenge.

Second, the WHD proposals do not currently require energy companies to use the opportunity arising from identifying poor households with big energy bills to make energy efficiency improvements. Offering a rebate is certainly useful, but energy efficiency measures would make such households less dependent on rebates in the future. We need to use the new data matching techniques to help provide a lasting solution to the problem.

We believe that this approach, together with requirements on private landlords to reach minimum energy efficiency standards on their rental properties, has the potential to eradicate the core of Britain’s fuel poverty problem.

But of course, both rebates and insulation measures have to be paid for. There are two ways of providing the funds: from public spending or from higher bills for other customers of the energy companies.

Here, we think the most pragmatic answer is to choose the latter approach, since energy suppliers will in many cases be the actors who have to target households and deliver efficiency measures.

However, it would also be desirable to re-route some of the public spending that currently goes on Winter Fuel Payments. These payments, costing almost £3 billion a year, escaped reform in the 2010 spending review. They are very poorly targeted, and the money would be far better spent on making the homes of the really poor cheaper to keep warm.

Fuel poverty is again reaching crisis levels, but one should never let a good crisis go to waste. The energy price spike provides an opportunity to rethink the issue, and put a final end to the spectre of pensioners, young children and the chronically sick shivering with cold in their own homes in what remains one of the richest countries in the world.