Alex Hern covers the injunction taken out by Canary Wharf Group to prevent any protest occurring on its estate. 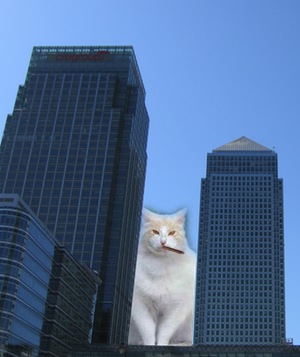 We reported this weekend about the problem that the privatisation of public space in the UK, and London especially, poses to the exercise of free speech in the form of public protest.

On Sunday, we wrote:

Paternoster Square, despite appearances, is not a public square. It is a private development that is owned by the Mitsubishi Estate Company and is open to the public 24 hours a day, which just so happens to be on the site of a previous public square.

When the protesters came along Mitsubishi Estate Company, as is their right, decided to close the square indefinitely, and obtained a high-court injunction preventing anyone from entering.

Their options are just as curtailed further afield, as well. Canary Wharf, which is almost as big a centre for finance as the City is, has a lovely big park in the centre of it.

Unfortunately, that park, as with 99 per cent of the land in Canary Wharf, is owned by the Canary Wharf Group. Again, access is conditional; the company may choose to allow a protest, or they may not.

As we feared, Canary Wharf Estates has indeed acted to prevent any exercise of free speech on the over one hundred acres of land that it controls in the Docklands.

[We were] intrigued to learn this morning that Canary Wharf Group plc has obtained a high court injunction preventing “any persons unknown remaining on the Canary Wharf estate in connection to protest action”.

We understand that this court order will remain in place indefinitely.

You can view a map of the area where all protest is banned below:

Although Canary Wharf is private land, it contains one Underground station, two DLR stations, two A-roads, four bus routes, and a post office. All of these are provided through public funds. In addition, the estate has three parks, over 150 apartments, as well as the headquarters of the publicly owned companies the London Olympic Group, the FSA, and the European Medicines Agency.

To treat the Canary Wharf estate as though it were merely a large office is to neglect the extent to which it has usurped, and been subsided by, public facilities.

Allowing it to unilaterally decide that there should be no protest within its borders implies a chilling future for free speech in the UK.