Owen Tudor writes about George Osborne’s panicky response to the Robin Hood Tax, with the chancellor looking increasingly on the side of the super-rich. 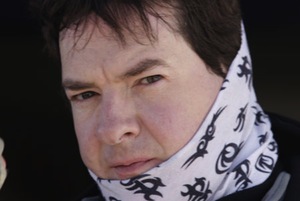 The chancellor finally broke cover on the Robin Hood Tax at the European finance ministers’ meeting in Brussels yesterday. For months, the government line has been they support the impulse behind the policy – the prime minister said the same in response to the archbishop of Canterbury last week – but there are not enough other countries in favour for it to work.

It’s never been a particularly convincing line – last month the chancellor was reported to have given secret pledges to the banks a Robin Hood Tax would never happen – but his performance at the Ecofin meeting gave the game away once and for all.

He threw the kitchen sink at the idea, and trampled on the few remaining hopes he would side with the people rather than the banks.

Some of his arguments were procedural: there was no clear majority in the EU, the timetable was wrong, the details had not been worked out.

If he believed these to be problems, the right response would be to devote time and energy to building the coalition globally, and fine-tuning the detail so it has more in common with the unavoidable UK stamp duty rather than the late and unlamented Swedish transactions tax of the 1990s which is persistently raised even though the IMF has made clear it is no example of anything except the need to design taxes properly.

But in practice, we know from the chancellor’s behaviour yesterday, and reports from other world leaders about the government’s approach in the G20 discussions last week, that our political representatives have been obstructive and oppositional, rather than constructive and positive.

Some were either wilful misinterpretations of the proposal or flat out lies. For example, a Robin Hood Tax will not fall largely on pensioners; this was a completely new one on us – not once in 18 months of discussions with politicians or civil servants has anyone suggested this, which is strange if it’s one of the main problems with the proposal.

The tax would be set at such a low level it will barely impact on anyone who is not trading huge amounts of money on exotic financial products on a daily basis.

However, George Osborne’s 2.5 per cent VAT hike on virtually everything people buy on a daily basis impacts on ordinary people to the tune of hundreds if not thousands of pounds every year.

That’s also the problem with his concern about the impact of a Robin Hood Tax on growth.

The worst case scenario in a flawed European Commission impact assessment suggests a 0.5 per cent to 1.76 per cent impact on GDP over 20 years, and even the Commission accept that this assessment is highly speculative, based as it is on a highly contentious ‘Dynamic Stochastic General Equilibrium’ economic model. Contrast that with the already observable effect on growth of the VAT rise.

And finally, some of his arguments are the exaggerated hyperbole that is more familiar coming from the TaxPayers’ Alliance or UKIP. Apparently, George Osborne thinks the Robin Hood Tax would cost the EU economy over 500,000 jobs – the sort of figure the CBI once put on the impact of a national minimum wage, or indeed any social measure emanating from the European Union.

For the record, there are 1.6 million jobs in the UK finance sector, and, as in the rest of Europe, most of them are cashiers in retail banks, insurance salespersons and the like.

They don’t trade in complex derivatives or engage in high frequency trading – actually that’s mostly done by computers, whose idleness is not captured in the ILO unemployment count. Even in our wildest dreams, a Robin Hood tax will only make a few top city financiers unemployed, and if they’re as clever as their “masters of the universe” self-description suggests, they might be able to find other jobs.

European finance ministers yesterday agreed to ask the Commission to do more work on the detail of the draft directive. That – rather than George Osborne’s petulant hyperbole – was the right decision.

As Olaf Cramme recently wrote, it is preferable to be:

“…influenced by the grey EU technocrat in Brussels to being ruled by the 25-year old credit default swap trader in the City of London.”

• Osborne in public: “I am not against Tobin taxes”; in private: “He remains unconvinced” – Alex Hern, November 9th 2011