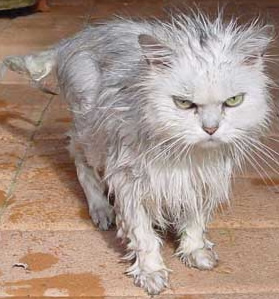 That our blessed Home Secretary can be applauded for proclaiming that human rights won’t let us deport a pet owner shows the Tories’ amazing gullibility to myths about foreigners. Xenophobia is deep in the Tory heart, fuelling their anti-human rights obsession.

All the Human Rights Act did was to make rights that Brits have had against the state since 1948 actionable in UK courts. That means we don’t have the wait, cost and inconvenience of enforcing them at the Human Rights Court in Strasbourg.

The Act preserved Parliament’s supremacy since our courts can only declare law incompatible with any of the British-written European Convention rights. They can’t say any law is invalid.

Strasbourg says that some prisoners should vote and the Commons passed a resolution that they will not. This “constitutional crisis” would also have happened without the Act.

The litigating prisoner lost throughout our court hierarchy and won in Strasbourg. Prior to the Act he would have gone directly to Strasbourg.

May’s moggy was meant to exemplify what’s bad but forced her onto what’s good about our rights. Although she mentioned repeal in her speech, by mid-afternoon she was conceding that there is a balance in Article 8. She only ever argued for change to immigration rules to emphasise that balance.

There is a balance in Article 8 – the right to family life against the need to prevent disorder or crime, the protection of health and the rights and freedoms of others. One can’t think that a feline weighs a lot in that mix nor that changes to immigration rules could make much difference.

Ken Clarke wins his bet. The judges say she is wrong about the case; the cat had nothing to do with the judgment. Attorney General, Dominic Grieve apparently refused to talk to the press last night, saying the cat was too complicated to comment on.

Ken should win the policy struggle too, because he is right again there. Repealing the Act would turn back the clock making Strasbourg the only enforcer again. Nothing else would reverse, as our courts have been implementing rights now for ten years and they are mixed into our common law, like two very similar colours of paint.

So what is going on in the tiny minds of the Tory hierarchy on this issue?

First, there is no doubt Ken Clarke and – insofar as “genuinely” and Nick Clegg can stay in the same sentence without having a fight – Nick Clegg, are genuinely pro human rights. Cameron is in six minds. A few years ago he said he favoured repeal in favour of a British Bill of Rights; last Saturday he said it was less to do with repealing the Act and more to do with the difference government could make to the culture that’s grown up around it.

Theresa May has remained blessedly silent presumably until the day she put the cat into her speech and swallowed it whole.

All at sixes and sevens, they decided to set up a body of predominantly right wing lawyers, called the Commission for British Bill of Rights. It is as if we are likely somehow to be guided to prefer native rights that are quite different from the right to life or a fair trial.

The Commission’s first task was to advise on the huge case backlog at Strasbourg, currently 60,000 and counting.

Ironically, they proposed stronger enforcement of rights in the nation state, the reverse of repealing the Act, but they also want to limit the court to “cases that raise serious questions”. This assumes a “serious question” is visible away. Most of our landmark judgments, like the right to silence and regulation of phone tapping, would have failed this test and never got off the ground.

These plans are not administrative. They are intended to limit the “foreign interference” from the Strasbourg Court while we perforce remain in the Convention. This is the only backward step available being dressed up as progress.

Strasbourg is important. It stands above all national governments and all courts, the ultimate protector against any nation state disregarding human rights.

So shambolic is Tory policy, while so sinister is the subterranean Commission that Labour’s Sadiq Khan recently freed himself from what can be a straitjacketed search for public approval, in this field, to accuse May of “pandering to the Tory right”:

“Two weeks ago the Human Rights Act was ‘here to stay’. Now the home secretary is saying those words aren’t worth the paper they were written on.”

The Commission’s plans would need agreement from all 47 Council of Europe members but that they were even proposed puts us horribly at one with states who are resistant to any human rights, glad to assert that they are following Britain.

Add to that the hysteria intended to be drummed up by Theresa’s cat and the picture begins to emerge. Although there is no practical way of going back on human rights the Tories will encourage abuse and for political and party advantage put at risk what Sadiq Khan calls “ the most significant defence for ordinary people against power”.

This means that imperfect though it is and in need of reform, we must hold onto Strasbourg like glue.

• Opening up the courts to cameras will open up justice – Vera Baird QC, September 8th 2011