Ranjit Sidhu explains why a second round of quantitative easing means more funding of London, with its isolated economy, by the rest of the country. 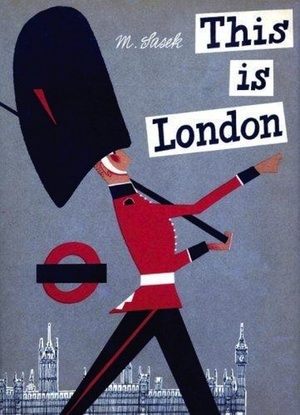 This morning when discussing the extra £75 billion quantitative easing taken by the Bank of England and its effect on the commercial property market, Nick Leslau, the manager of Max Property Group Plc, made the interesting observation (22 minutes in) that there is two countries in the United Kingdom: London and the rest.

Wow! We are living through a double-cycle world crisis which is mostly due to the banks over-leveraging on sub-prime loans and now government debt and one of the world’s financial capitals is confident enough to have a “robust” commercial property market? Not a sniff of a commercial property crash or housing price crisis?

The question has to be asked: How could an area whose main industry was not just near the precipice, but has had both feet hanging off the cliff, be so different to the everyday world of industry, where when the steel yard, coal mine, factory collapses it is followed by a ghost town, boarded up properties, an area in strife?

The plain fact is that the “country London” institutions had not simply been “bailed-out”; regardless of the benefits on the economy, it can be argued that quantitative easing has meant that the Bank of England has watered down every pound in our pockets – wages, pensions and savings – by increasing the money supply so that financial institutions could have an extra £275 billion pounds to prop up the markets and increase profits.

Wondering how the banks made record profits a year after the crash? It was almost impossible for the banks not to make money after the first “windfall” of quantitative easing, expect record banking profits next year again.

Lets get the figures into context; if we cut out the middleman, the Bank of England has created enough extra money through QE to purchase from the banks an extra £4,600 worth of government bonds and shares for every man, women and child in this country. Putting it into an alternative context the bank could have “guaranteed” every year since 2009 the £76 billion they now have targeted commercial banks to loan to small and medium size businesses under “Project Merlin” without commercial banks ever getting involved.

These are astronomical amounts which make it even more unbelievable that we still don’t know whether quantitative easing does really make a positive effect on the economy, how much it will actually cost the government, let alone what/if there is a “trickle down” benefit to the economy or simply eaten up by de-leveraging banks and profit taking- all moot points.

If the two banking crisis since 2008 have taught us anything it is that we must not be put off by the mesmerizing smokescreen of complex financial jargon and a Kafka-esque banking system not to question why £275 billion was needed to be given so freely to the banks in an obligation free way. The Bank of England has not just magicked up £75 billion of money yesterday, but is creating it on the back of and at the risk of our whole countries’ wealth.

We should have the right to demand to know whether it is a wise choice or if the Bank of England is acting as an anti-Robin Hood stealing the value of everyones’ pound and throwing a sack of gold to the financial sheriffs of country London.

64 Responses to “Quantitative easing: The latest windfall from us all to “country London””