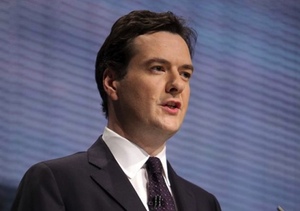 William Bain MP (Labour, Glasgow North East) is the shadow food, farming and fisheries minister, and contributor to “What Next for Labour? Ideas for a New Generation”

It is often claimed that George Osborne views himself as a latter-day Nigel Lawson.

Relations between chancellor and the prime minister still appear strong, without the spats which lead to the infamous breakup between Lawson and Thatcher in 1989, but Osborne is emulating his 1980s Tory predecessor in an altogether less savoury way – his refusal to change course on fiscal policy, which will widen levels of inequality in an already badly-divided country, even when presented with clearer evidence by the day that his austerity cuts programme is destroying growth, killing demand, and stifling job creation in Britain.

The chancellor is snubbing Keynes’s advice that when the facts on the ground change, you should change your mind. Manufacturing and construction remain in the economic slow lane, and a lack of capital is delaying much-needed investment in new industries, particularly in the renewables sector.

Cameron ignored green growth in his speech, and Osborne signalled the government’s move away from the pace of investment required to meet the previously all-party supported carbon reduction targets for 2025 and 2050. The chancellor’s inadequately capitalised Green Investment Bank to be launched next year is a poor relation of the real British Investment Bank backed by real financial clout which the country needs to kick-start growth in these areas.

With manufacturing output having failed to expand in the last six months, the only sign of help by the Tories this week was the setting up of straw men (plus cats and highlighter pens) to be knocked down by Tory cabinet ministers in speeches on the conference platform. The country was told that variously, the human rights act, scroungers, laws protecting unfair dismissal at work for employees, industrial tribunals, immigration rules, or even more laughably, health and safety laws, were the new enemies within, to be defeated by the government to ensure national recovery.

Where Tory ministers once used to savage Arthur Scargill and other union leaders at their annual bashes by the seaside, this week they were reduced to demeaning their offices by exaggerating stories about pet animals instead.

The Prime Minister revealed the true extent of right-wing economic illiteracy in the draft version of his speech briefed to the Daily Telegraph for Wednesday morning’s edition where he exhorted the country to:

“deal with your debts. That means households – all of us – paying off the credit card and store card bills.”

The OBR has assessed that the current effects of fiscal policy on the economy will involve a huge transfer of debt from the state to individuals as the squeeze on living standards caused by the freezing of child benefit, the increase in VAT to 20%, higher inflation, and cuts in support for childcare, bite. It predicts higher levels of personal debt to the tune of an extra £566bn between now and 2015, in order to fuel consumer spending.

According to the IPPR, Cameron’s policy before his hastily enforced u-turn would have sucked between 6% per quarter from consumer spending and 4% of GDP from the economy, as Keynes’ notion of the paradox of thrift, with a spiral of decreasing demand destroying the fabric of the country, became a horrific reality last seen in the 1920s slump.

Nowhere was there any recognition that the world faces not just a debt crisis, but in fact a crisis of jobs and growth. All that was on offer in Manchester was the further degradation of employment protection for an already insecure British workforce in a move straight from the 1970s and 1980s Tory playbook of demonising working people, and using fear of unemployment as a tool to suppress wage demands.

Sir Edward Heath launched on assault on Lawson’s economic stewardship in the finance bill debate in November 1988, decrying his reliance on monetary policy, tight then as opposed to lose now, at the expense of a strategy for industry, as that of a one-club golfer. Now, in his ambition to lash himself to the mast of his misguided policies on public spending, Osborne has inherited that mantle.

Just as it would have been insane for Rory McIlroy to take to the course at the US Open this year armed only with a putter, it is equally nonsensical for the Chancellor to deny the role that a looser fiscal policy can play in generating demand and restoring growth, given the global growth crisis. Failure to do so will leave him hacking around in the economic rough while unemployment surges and businesses go to the wall through lack of available finance.

Bank lending is £4bn less than the Chancellor predicted in his failed Project Merlin promises to kick start business investment. Eurostat data this week shows that the UK is the bottom six of EU countries for refusals of business loans by small and medium sized at enterprises at some 21%.  Osborne is already borrowing a projected £46bn more this year and next because of the failure to meet his self-imposed deficit reduction targets through the slashing of growth forecasts he has already admitted to, and a further downgraded verdict is inevitable from the OBR when he delivers his Autumn Statement to the Commons next month.

In the real world, the biggest problems Britain’s economy faces are a lack of jobs, as reiterated by Heather Rolfe of the National Institute for Economic and Social Research on Thursday, together with slumping demand, resulting from abysmal levels of business and consumer confidence. Household consumption fell by 0.8% in the second quarter of this year, back to where we were in the 2008-9 recession. The slump in living standards is not only down to regressive Tory tax rises or spending cuts.

People are being forced to work fewer hours with reduced take-home pay in order to stave off joining growing dole queues. Wages are increasing by only 2.8% with RPI inflation at above 5%.

Today, the Bank of England took action to loosen monetary policy by re-launching the programme of quantitative easing and injecting another £75bn into its asset purchase scheme – an amount still some £25bn short of Adam Posen’s previous estimate of the measures required to stimulate growth.

Osborne’s last-gasp efforts to seize upon credit easing by providing lending direct to businesses as a means to stimulate demand have been slated by the Business Secretary Vince Cable as insufficient. The chaos accompanying the partial announcement of credit easing, with no detail of the amount of stimulus, nor precisely how it would work, nor how it will be accounted for in the public accounts, shows a worrying lack of competence within the Osborne-run Treasury.

It is increasingly clear that Osborne’s huge gamble with the Chicago school’s economic theory of expansionary fiscal contraction has been a catastrophic failure, turning growth of 2.1% in the first three quarters of 2010 into a completely flatlining economy in the last quarter of 2010 and first two quarters of 2011. The Bank of England’s assessment of growth for 2011 may be knocked off course by as much as 0.8%.

The price of Osborne’s folly has been paid by children, young people – with youth unemployment approaching a million, children’s centres being shut across the country – and by women, who face the worst jobs prospects for 23 years. While highly-paid executives at Barclay’s still walk away with seven figure bonuses without being fairly taxed, the pain is being felt worst by the poorest fifth in our society, as established by the Institute for Fiscal Studies, despite the prime minister’s protestations in his speech in Manchester, and the chancellor’s promises in his June 2010 Budget.

Osborne is pursuing the third largest cuts programme in the EU, but has delivered no growth whatsoever in the last nine months – a truly pitiful performance. He promised a flow of private sector investment and jobs to replace the removal of £81bn from the public sector over the spending review period – it has not materialised, and shows no prospect of doing so.

He was given plenty warning – Canada attempted a similar experiment in the 1980s, but a booming export market in the US was responsible for solid growth, alleviating the contractionary effect of the cuts. With 21 out of 27 EU governments from the centre-right adopting similar austerity policies and failing to take adequate steps to cut youth unemployment, Osborne’s hopes for an export led recovery in the UK’s largest trading market have been sunk.

The inability of the prime minister and chancellor to positively engage with the Eurozone to find a way out of Europe’s growth and jobs crisis has been a massive failure of British leadership. Gordon Brown and Alastair Darling provided a clear direction to help Europe save its banking sector from collapse in 2008, and for co-ordinated global stimulus efforts at the London G20 summit in 2009. Cameron and Osborne have simply offered empty warnings on the euro instead.

The eurozone needs to create a far larger European Financial Stability Facility to stand by governments and banking systems in danger of default in the coming weeks, recapitalise its banks most exposed to the risks of debt contagion, and consider the issuing of Eurobonds to collectivise part of the debt, but as important, all EU governments need to take on the advice given by the IMF this week, who warned of the effects on growth and jobs of slashing spending too quickly now.

Austerity will not restore growth, and without growth fairly distributed throughout society, there will no credible plan to restore public finances to stability, nor hope nor optimism for the mounting number of jobless millions in Europe.