Alex Hern runs through the alternatives presented to George Osborne in this weeks New Statesman. 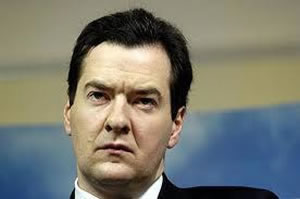 The New Statesman magazine has as its cover story today nine leading economists telling George Osborne what they would do to fix the economy – and none of them are telling him continue with his plan A.

Christopher Pissarides, the 2010 Nobel prize winner, argues that Osborne should cut VAT back to 17.5 per cent; he tells Osborne:

“Deficit reduction is best done with spending cuts when the economy is recovering, not with higher taxes in a downturn.

“There is enough time in the life of this parliament to achieve your deficit-reduction objective with a policy that is friendlier to job creation.”

Jeffrey Sachs, a personal adviser to George Osborne on development issues, calls on Osborne to agree to implement a financial transaction tax in Europe, and to use his leverage to encourage the Americans to come on board as well:

“I am strongly supporting the call for a Financial Transactions Tax, or FTT, which I believe would add efficiency to the global financial system by reducing destabilising speculation.”

Ann Pettifor, the co-founder and director of the think tank Prime and regular contributor to this site, tells Osborne to launch a green new deal:

“We need public works programmes that will mobilise a “carbon army” of “green-collar workers” and offer major incentive to environmentally friendly businesses.”

Jonathan Portes, the former chief economist at the Cabinet Office and director of the National Institute of Economic and Social Research says we should lift the cap on immigration:

“There is a simple way the government could boost growth not just in the short term but over the medium to long term, too, while reducing the deficit. That is to reverse the damaging restrictions the government has introduced on skilled immigrants and students from outside the European Union.”

David Blanchflower, the New Statesman’s own economics director, argues with Ed Balls that the government should have a tax holiday on NI contributions, although Blanchflower differs in the details by arguing a holiday

“…for two years on employer and employee National Insurance contributions for anyone under the age of 25.”

The other contributors to the piece are Robert Skidelsky, who calls for Osborne to actually fund the national investment bank, George Magnus, who wants the government to lend directly to small businesses to ensure availability of credit, Sushil Wadhwani, who wants quantitative easing to be extended into directly printing money for the public, and Chrostopher Allsop, who tells the chancellor:

“The only lever left is fiscal policy… My preference would be public investment for infrastructure, which is sorely needed and could be financed, currently, at negative real interest rates. How about a recovery fund, financed by index-linked gilts?”

Nine suggestions for new finance policies for Gideon; he won’t take a plan B, but what about plans C through J? Does he really need a plan K as well?