The majority of the Tory rebels in last night’s European referendum vote in the Commons were newly elected MPs, spelling troubled times ahead for David Cameron. 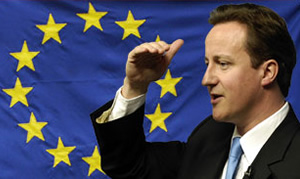 The majority of the Conservative rebels in last night’s European Union referendum vote in the Commons – more than three fifths – were newly elected MPs, spelling troubled times ahead for David Cameron.

The new MPs voting against the three-line whip were:

In total, there were 81 Tory rebels, 19 Labour, one Lib Dem, eight DUP, one Independent Unionist and one Green; full list here.

We will have more on the EU referendum vote later today on Left Foot Forward.

• Tories may care deeply about Europe, but no one else does – Daniel Elton, October 21st 2011

13 Responses to “Trouble ahead for Cameron: Majority of Euro rebels were from class of 2010”