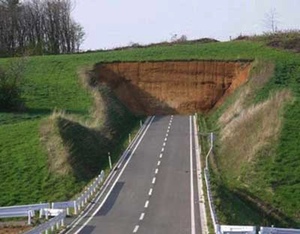 If you had just lost a library, a youth club and your Sunday bus service due to council spending cuts, you would probably be surprised to discover that the same council had managed to find an extra £10m for a new bypass. But that’s exactly what happened this month when the best and final proposals for large scale transport projects were submitted to the Government.

Of the 45 schemes vying for a share of £630m in Government funding, nearly half are road-based and, amongst them, there are 13 ‘traditional’ bypasses and ring-roads submitted by local councils – many of which have been sitting on town hall shelves for years, if not decades.

The Campaign for Better Transport has collected and analysed figures from each of the schemes in a new briefing and found the council-backed new road schemes cost more on average, are asking the government for more and have increased their local commitments by more than the pool as a whole, and by more than public transport-based projects.

We’ve also produced an interactive map showing details of each of the 45 schemes and how much they are set to cost local taxpayers.

With the Department for Transport (DfT) turning the process into a competition, pitching scheme against scheme, councils were told that the proposals which needed the least from government coffers had the best chance of winning.

Councils who wanted their schemes to be picked had to either reduce the overall costs of the scheme by a large chunk, so reducing both their own and the DfT’s share of the costs, or dramatically increase their local contribution in order to bring down their requests for funding.

It’s this need to save the DfT money that is set to cost local taxpayers in bypass-proposing council areas dearly. New road projects are by their nature expensive; they have a ‘bottom line’ specification that means cutting scheme costs by a large proportion is difficult. So, the principal way bypass-promoting councils made reductions in DfT contributions in their final bid has been to increase their own contributions.

The average road-promoting local council has added £9 million to its commitment since their original budgets in January, and councillors have been voting through this extra cash at the same time as agreeing cuts to buses, school transport, road safety and other transport services – sometimes at the very same meetings.

What the councils should have done, of course, is give up on their roads and start to look at better options. Most of these bypass and ring road schemes have been on the drawing board for so long that better and cheaper alternatives have been proposed many times since. But, instead of seriously considering their options, these councils are gambling more and more council taxpayers’ money on ineffective vanity projects.

However, we can still prevent councils wasting their money by persuading the DfT to fund the sustainable schemes on offer instead of these roads. Comments on the schemes are open until 14th October and our interactive map makes it easy to find and object to the bypasses and ring roads near you, and to support the proposals for public transport.