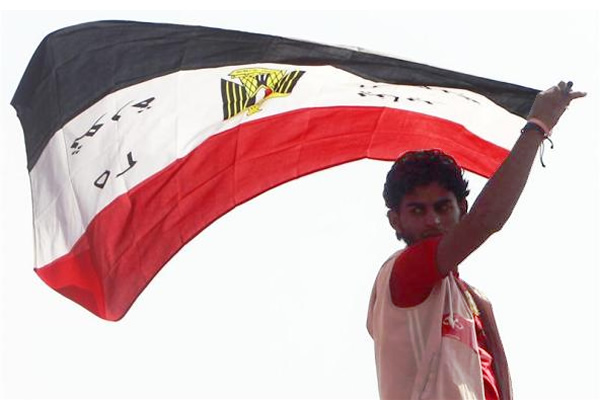 Nick Clegg will meet Egypt’s transitional leaders today, as economic and social turmoil engulfs the country. The deputy prime minister will press home the message that Egypt must make more progress toward democracy – eight months on from the toppling of Hosni Mubarak.

Though Parliamentary elections are scheduled for November 28th, there is no date set for Presidential elections, which may not happen until 2013, prompting Presidential candidate Amr Moussa to warn yesterday that he feared a prolonged transition to full democracy could plunge Egypt into “anarchy”.

“My biggest fear is anarchy. A long transitional period is not in the interest of Egyptians nor Egypt… [it will] slow action to support the economy and also will create an opportunity for all those who want to play havoc with the Egyptian society…

“So economy and security, lack of them, would lead to anarchy.”

Moussa and other presidential candidates have called for a presidential poll on April 1 before a new constitution is drawn up. Under an existing army timeline, the new parliament must choose a body to write the new constitution before such a poll. That could put it back to the end of 2012 or early 2013.

Mr Clegg, meanwhile, writing in today’s Independent ahead of his meeting with Egypt’s rulers, says a betrayal of Egypt’s uprising “would puncture the hopes of millions”, calls for the “harsh and outdated Emergency Law” to be lifted, and warns there can be “no stalling or backsliding”.

“It isn’t just Egypt’s future at stake. The Arab Spring has created a once-in-a-lifetime opportunity for peace, prosperity and democracy on Europe’s southern shores. But uncertainty in Egypt puts that prospect at risk.

“In different ways, in Yemen, in Syria, and across North Africa, the Near East and the Gulf, citizens are demanding greater freedoms. Failure in the region’s biggest state would puncture their spirit, emboldening regimes who still believe they can sidestep reform. Continued instability would create fertile ground for extremists. And it would make it even harder for Israel and the Palestinians to find lasting peace.”

“The international community has made clear that, as Egypt makes the journey to democracy, we are ready to provide the financial assistance needed for sustainable, inclusive growth. Up to $38bn is available to the region through the international financial institutions, and the UK will play its part.

“We won’t turn our back on Egypt. We recognise that revolutions are only ever the beginning… There is too much at stake, and there is no time to waste.”

And on international aid, and Egypt’s role in the Gilad Shalit release, Stephen Pollard in the Telegraph writes:

“There is one possible positive for Israel from the margins of the negotiations. Egypt’s role as mediator was crucial. Former president Mubarak’s departure eight months ago appeared to have led to a severe deterioration in Israel-Egyptian relations. But it was the country’s temporary and supposedly weak government that actually secured a deal.

“As its price, Egypt demanded that Hamas relocate to Cairo. The uprisings in Syria have shaken Hamas, which is headquartered in Damascus, and it was already seeking to move – but its hand has now been forced. The Egyptians will doubtless try to prise the organisation away from Iran’s control and Israel will hardly be averse to that.

“The 1979 peace treaty with Israel may be deeply unpopular with the Egyptian population, but the caretaker administration is well aware that it is essential to the continuation of the country’s good relationship with America. For all the harking on about aid to Israel, the US has also given Egypt $2 billion a year since 1979, much of it as military aid. Indeed, based on some definitions, Egypt receives more from the US than Israel.

“Egypt, now on the verge of bankruptcy, needs that money more than ever. No sensible Egyptian leader wants anything other than to maintain those relationships, especially with Turkey and Iran in the ascendancy.”

“We need to prepare the second republic very soon, and we can do it, in order to start the real business, our real work, our real task, to rebuild Egypt.”

• Egypt and Tunisia will send a shiver down the spine of every dictator – Luke Bozier, February 12th 2011