Javed Khan of Victim Support argues community sentencing should play a bigger role in our criminal justice system, and be see as important by victims and the public. 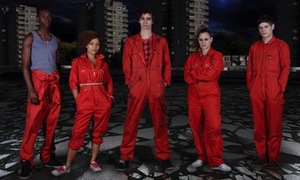 By Javed Khan of Victim Support

Everyday at Victim Support we see the impact of crime on people’s lives and its corrosive effect on communities. Being a victim of crime can be traumatic and many of the people we help to find the strength to move on feel angry, fearful and question, “why me?”

How we deal with the people who cause this harm is the subject of much debate, thrown into stark relief following the fallout of the riots.

There are undoubtedly those who have committed serious and violent crimes for whom prison is the right place, not only to ensure the public is protected but that justice is delivered.

But what of those who commit less serious offences? Who drift in and out of prison, doing nothing while behind bars, then going on to target more victims and causing more harm when they’re released back into the community.

Time again victims of crime tell us that they want these people to stop committing crime. They want the people who have made their lives a misery to face up to what they have done and repair some of the harm they have caused.

The recent national enquiry by Make Justice Work and its report Community or Custody sought to address some of these issues. Chaired by Peter Oborne, myself and a panel of experts from across the criminal justice sector looked at whether rigorous community sentences could be more effective than short prison terms in stopping persistent and low level offending.

It’s staggering that nearly two thirds of offenders serving short sentences are reconvicted in a year. Latest estimates suggest that this endless cycle of crime costs us between £7bn and £10bn a year. Cleary such reoffending rates do nothing for victims, who want to be reassured that the revolving prison door is slammed firmly shut and that offenders are on the path to reform.

Over the last twelve months the enquiry gathered first hand evidence from victims, offenders, magistrates, police, probation officers and private and voluntary sector providers of community sentences across the country. It became apparent following visits to intensive community sentence programmes that they delivered tough punishment, alongside effective reductions in reoffending.

I was surprised to hear from many offenders that they viewed community sentences as tougher than a short spell in prison which served as little more than a break from their chaotic lifestyles. There will always be those who refuse to cooperate with community punishments and given that neighbourhoods need respite, prison should be the only option for some offenders.

But I was struck how intensive community sentences could force persistent offenders to change their behaviour and face up to the impact of their actions. One of the people we met told us how the community sentence moved him from a life of crime fed by his addiction to the world of work with structure in his life for the first time.

His story is featured in this video here to complement the enquiry’s final report. It highlights the need to move on from a debate centred around, being ‘tough’ or ‘soft’, to what is effective in reducing reoffending and giving victims what they need. (You can also see it here).

It is clear that intensive community sentences have an important role to play in the criminal justice system in stopping the cycle of crime. But they need to have the confidence of the public and victims who often see them as being a ‘soft’ option.

This is one of the key recommendations from Community or Custody. Victims need to be confident that community sentences are tough and effective and that offenders who breach the conditions of their order face a swift and firm response.

Reparation also needs to be at the heart of an intensive community sentence with offenders understanding and repairing the harm they have caused to their communities and victims. This means ensuring that victim awareness activities are part of all community orders and that we work towards ensuring the option of restorative justice is available and that is victim led and delivered to national standards.

Crucially, the key drivers of offending need to be addressed, to help offenders move towards a stable, productive and crime-free life. By effectively tackling the causes of crime and changing offender behaviour we can tackle some of the low level persistent offending that blights some of our communities.

11 Responses to “Community or Custody? How best do we deliver justice”