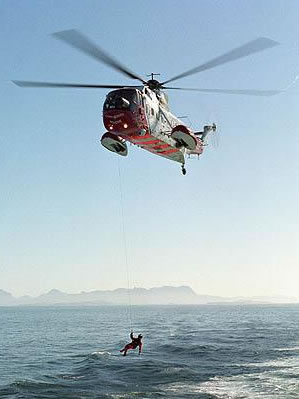 In July, the then Transport Secretary, Philip Hammond announced a partial u-turn as part of the Government’ review of the UK’s Maritime Rescue Co-ordination Centres (MRCC)  , with a pledge to retain the stations in Milford Haven and Holyhead in Wales whilst the station in Swansea faces closure sometime between 2012 and 2014/15.

Presenting its formal response to the revised proposals, the Welsh government has urged Whitehall to reconsider the planned closure of the Swansea station – the third busiest of all UK stations – which would affect 28 staff.

“Our coastguards do a magnificent job in keeping our coastlines safe.

“Over recent months, I have discussed these proposals with people right across South, West and North Wales, and the view expressed to me time and time again has been the same – that these proposals are wrong.

“Our waters are becoming increasingly busy both in terms of commercial and leisure vessels. This increase in activity will continue to put pressure on the emergency services around the coastline.”

“The UK government needs to re-consider its proposals and explore alternative options that would allow all existing stations across Wales to be maintained.

“We are not convinced that the proposals for a reduction in the number of MRCC’s around the coast would not have an impact on response times and, subsequently, on safety.

“Our view is that the existing network of three MRCCs in Wales works well, with an appropriate geographical spread to give maritime users confidence that they are able to quickly access an effective service from the Maritime and Coastguard Agency.

“We consider all three MRCCs stations in Wales to be essential in maintaining and enhancing the safety of the British coastline.”

The plans to close the Swansea station have caused concern across the political divide, with one union warning  it would risk the safety of people in the Bristol channel.

Meanwhile, the SNP’s annual conference begins today, with a spat between the UK and Scottish governments after the announcement by energy secretary, Chris Huhne, that plans for the UK’s first carbon capture project at the Longannet power station in Fife would be scrapped due to a failure to reach a deal with power companies to capture carbon dioxide emissions at the plant and pipe them under the sea.

Outlining his concern at the decision, however, Scottish first minister Alex Salmond has said:

“This is a deeply disappointing announcement by the UK Government, and an enormous lost opportunity. While responsibility lies with DECC, the Scottish government co-operated extremely closely with Chris Huhne and his colleagues, and did everything we possibly could over a long period of time to help make this project happen.

“The fact is that the UK government’s Electricity Market Reform process is undermining industry confidence and investment planning – with higher costs due to the Carbon Floor Price, and uncertainty over long-term support for carbon capture and storage.

“Between public and private investment, Longannet would have been a 2 billion pound investment – exactly what is needed in the present economic climate. It underlines the need for a Scottish energy strategy so that we have proper planning, and apply our energy wealth of today to ensure that we are equipped for the technologies of tomorrow.”

“Today’s move highlights the dead hand of the Treasury in scuppering moves towards a greener energy mix. It risks losing our competitive advantage in developing carbon capture – engineering expertise and valuable skills that we could export around the globe.

“It is vital that this money is not recycled into the Treasury but used for carbon capture and storage projects. Without those guarantees the government’s commitment to energy, the environment and green jobs will be increasingly viewed as all talk, no action.

“David Cameron is risking Scotland and the UK’s chance to lead the world in developing clean coal.”

For the UK government, this is just the sort of decision Alex Salmond will use to stoke up grievances with Whitehall, to make his case that the coalition government is simply turning its back on Scotland, making a case for Scotland to go it alone.

It is time Whitehall began to take Scotland more serious across all departments.

• Will the ‘Big Society’ have to cover for Scottish coastguard cuts? – Ed Jacobs, February 14th 2011