Welsh Labour has accused the UK government of dismantling the NHS after an outspoken attack by Andrew Lansley of the party’s record on the NHS in Wales. 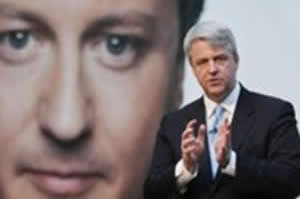 Welsh Labour has accused the UK government of dismantling the NHS after an outspoken attack by Andrew Lansley of the party’s record on the NHS in Wales.

Speaking to delegates at the Conservative party conference in Manchester, the health secretary declared:

“Labour should stop scaremongering about the NHS in England and start adopting in Wales the changes we are making. The people of Wales deserve better. We know, in Wales or in England – you simply can’t trust Labour on the NHS.”

His remarks, however, failed to make reference to the figures reported by Fraser Nelson at the Spectator that despite its continued insistence that the health budget was ring fenced, the UK government is, in fact, as a result of inflation, presiding over a £1bn shortfall in NHS spending, something which the Institute for Fiscal Studies had clearly warned of at the time of March’s budget.

Furthermore, the Secretary of State failed also to make any reference to the 400 public health experts who, in a letter to the Telegraph said of the government’s health reforms:

“The government claims that the reforms have the backing of the health professions. They do not. Neither do they have the public’s support.

Responding to the developments and accusations over Labour’s handling of the health services in Wales, health minister Lesley Griffiths argued:

“The Tories are trying desperately to deflect attention from their own failings in the NHS in England. The fact remains, the NHS was made in Wales and is safe in Wales, under Labour.”

The dispute between Cardiff and Westminster came on the day that it was announced the NHS in Wales would be in line for an additional £288 million over the next three years.

The measure was contained within the Welsh Government’s draft budget. Entitled “A Budget for Growth and Jobs”, it was presented against a backdrop of a spending review which in October last year saw the grant from London to Cardiff cut disproportionately more than either Scotland or Wales. Within an overall £14.5 billion budget, each government department in wales faces spending cuts of at least 5% over the next three years.

That said, however, even within a tight fiscal environment, finance minister Jane Hutt sought to prioritise jobs, growth and the protection of public series in the midst of the economic slowdown, with pledges to:

• Invest £75 million over three years into the new Jobs Growth Wales scheme to support 4,000 young people into training and/or employment;

• Provide £55 million to extend the Flying Start Scheme to support an additional 18,000 children;

• Invest an extra £27 million for schools in 2014/15, meaning the total schools budget will grow faster than the overall Welsh budget;

Outlining the vision that lay at the heart of the budget proposal, Hutt explained:

“We have a responsibility to use all the levers we have to stimulate the economy against the backdrop of failing economic performance, with the UK government having no credible plan for long term growth. Our vision for Wales is for a more prosperous economy with better, more efficient public services that equip people to fulfil their potential and maximise their contribution to society and the economy.”

Going on to highlight the government’s calls for greater capital investment in much the same way as that being pursued in Scotland, the minister continued:

“I am spearheading the development of a National Infrastructure Plan for Wales, alongside innovative funding solutions.

“It cannot be right for Wales to be the only part of the UK denied access to borrowing to fund capital investment. That’s why I am continuing to negotiate with the UK government through the current inter-governmental talks to achieve fair funding and direct access to borrowing..”

“Plaid Cymru wants to see investment in capital infrastructure in order to stimulate the economy and create jobs.  The Welsh Government must press the Treasury to release funds for this purpose.”

• King’s Fund apologise for “error” in figures on health spending in Wales – Ed Jacobs, May 27th 2011