Johann Koehler, a researcher at Cambridge University’s Institute of Criminology, responds to Ken Clarke’s latest U-turn on crime and reoffending. 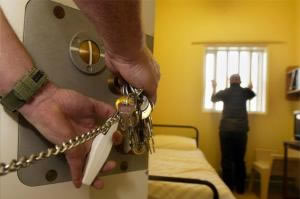 Johann Koehler is a researcher at Cambridge University’s Institute of Criminology, working on European approaches to reducing reoffending; he also writes at The Phronetics

Ken Clarke today blames both the UK’s “feral underclass” and its “broken penal system” for the August riots. In dismissing the capricious sentencing decisions handed down by magistrates and judges as “getting it about right”, he reminds us of the salutary presence of a Court of Appeal.

The justice secretary draws the following lessons for the criminal justice system, all with the confidence of someone who has already seen the results of research that was announced only yesterday:

“In my view, the riots can be seen in part as an outburst of outrageous behaviour by the criminal classes – individuals and families familiar with the justice system, who haven’t been changed by their past punishments.”

Class war rhetoric aside, there is some merit and some fault in the statement on purely evidentiary grounds.

Although it is interesting to discover almost 75 per cent of those over 18 charged with offences committed during the riots had prior convictions, it is nonetheless hardly earth-shattering: with roughly 40% of criminals reoffending within a year a of leaving jail, and approximately 60% within two years, many people discharged from the criminal justice system return disappointingly quickly. See Compendium of reoffending statistics and analysis, Ministry of Justice (pdf).

But Mr Clarke’s prescriptions about how he plans to go about changing this state of affairs remain unconvincing.

Even if he were to adopt the proposals to pursue rehabilitative measures with more vigour than before, there’s little assurance this isn’t simply going to be a repeat episode like that found in June, when David Cameron forced him to ditch the Breaking the Cycle paper (pdf) and swing the pendulum the other way, towards the Punishment of Offenders Bill – note the difference in rhetoric.

The Tories have always been perceived as the ‘law and order’ party, and public opinion has rewarded them for it handsomely, but sensible measures to reduce reoffending are often not politically palatable – hence Mr Clarke’s vacillation in June, and now again, as the pendulum has swung back to the position it held in December.

The fact is criminologists have long known what is effective at reducing reoffending – and no, it isn’t by treating the “underclass” as “feral”. As a prerequisite, it takes patience, resolve, and the courage to expend enormous political capital on being viewed, temporarily, as ‘soft on crime’.

Structured programmes, like reasoning and rehabilitation and its variants, and restorative justice, are cheap and easy to implement. They are also highly effective when executed attentively. Even though the evidence is a little less conclusive for justice re-investment, which is another of Mr Clarke’s proposals from his Guardian op ed, it nonetheless shows considerable promise.

11 Responses to “Will Clarke stay the course on his latest U-turn?”