Rich people will end up paying back less than the middle classes for tuition fees because they will clear their debts quicker and avoid bigger interest payments. 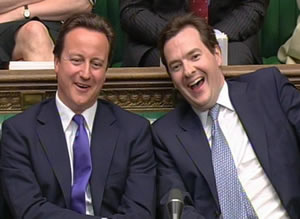 A report (pdf) by Grant Thornton has revealed rich people will end up paying back less than the middle classes for tuition fees because they will clear their debts quicker and avoid bigger interest payments. Yet, one of the coalition’s main defences for introducing the new tuition fee regime was that it was fairer and the highest-earning graduates would pay back the most.

As the Commons moved towards the vote on raising tuition fees, ministers were telling the nation fees above £6,000 a year would be the exception rather than the rule and insisting high earners would be hit hardest with the new fee repayment plan.

This report shows what UCU has argued all along, which is that while the big earners clear their debts the fastest and avoid the new punitive rates of interest on student debt, middle earners will face years of repayments.

Social workers and teachers will be the ones paying back the most, and continuing to pay it back, long after the investment banker’s account has been settled.

The Grant Thornton report also suggests the key issues that put universities’ finances at risk stem from government policy. It cites the introduction of fees (and a marketplace in higher education), changes to student visa regulations and the dramatic drop in government funding as universities’ main challenges.

Worryingly, a report in March that examined the financial sustainability of universities in England found that, in 2009/2010, five per cent of universities were considered to be at high financial risk and more than a quarter were performing below at least one financial benchmark.

While there might be a handful of winners under the new system, many institutions will struggle to cope financially with the new untested regime, which suggests that the sector should have been a little more forceful in its dealings with government around key policy areas.

We understand universities’ reluctance to overemphasise any financial difficulties, but, when nine out of ten university chiefs are saying privately that a university will go bust, then perhaps a more honest appraisal of the damage government policy may do is required. There never seems to be a shortage of headteachers prepared to be interviewed in dilapidated classrooms when schools’ budgets are at risk.

If the government really is happy for some universities to go to the wall then it should be upfront about it. Universities provide a much-needed boost to local economies and it would be a brave minister who would explain to local people why their university was deemed surplus to requirements.