Nomination for left-wing thinker of the year: The disability rights community, in trying to change the way the whole country thinks about people with disabilities. 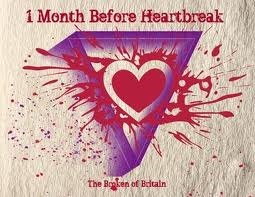 Westminster is a town that knows far more about politics than policies. And one things it knows is that nobody wants to be on the side of ‘scroungers’ – the supposed thousands, often paraded across the Daily Mail and the Sun, who are ‘swinging the lead’ and ‘living on the sick’.

It has been said that one of Labour’s problems at the last election was that it was seen to be on the side of these ‘scroungers’. And so the consensus bellows out – from the tabloids, from the politicians, from the lobby groups – the welfare state is spoiling the workshy who are pretending to be ill. It’s time to crackdown.

This is the atmosphere in which Iain Duncan-Smith’s welfare reform bill has been drafted. Many believe, with good cause, that the Secretary of State for Work and Pensions is a sincere man trying to do a good job.

But being in charge of an unpopular high spending department at a time of cuts has had its impact on the bill.

• The replacing of the Disability Living Allowance with the Personal Independence Payment with the explicit target of reducing expenditure by 20%, whatever the spin;

• The ending of Employment and  Support Allowance, that covers costs such as transport and specialised wheelchairs, for those who have ever held a job, after 12 months;

• The continuation of the Work Capacity Assessment regime inherited from Labour, which decides the level of assistance recipients receive, which 40 per cent of those assessed appeal against the decision, of whom 70 per cent are successful.

The impact of these changes to some of the most vulnerable in our society will be horrendous. But how do you push back at such a wall-to-wall consensus?

One thing the disabled community has done has claimed the language used to denounce it – see the excellent blogs such as Sue Marsh’s Diary of a Benefit Scounger, and Kaliya Franklin’s Benefit Scrounging Scum.

Once the disabled own those words they somehow begin to lose their power. However the next question is, how do you change an entire culture’s way of thinking about an issue.

Disabled rights activists have started by claiming the evidential high ground. The statistical mastery of economist-activists like Rhydion Fon James and Mason Dixon, Autistic – showing that fraud on disability benefits is far below that on the general state pension, or that the government’s contract with Atos to weed out fraud costs more than fraud (£500m versus £250 million) ensures a permission to be heard.

We are now seeing the general population increasingly willing to listen to individual testimonies, realising that they cannot be dismissed as one-off stories. This approach was pioneered by the Broken of Britan’s One Month Before Heartbreak campaign – run by activists like Emma Crees that documented testimonies from those on incapacity benefit about how their lives would be shaken by the proposed changes.

It has continued to this week’s Liberal Democrat conference, where a key vote on calling for the government to look again at its disability proposal was won, in no short measure due to one such testimony:

In fact the motion came about after a member of Liberal Youth was inspired to take up the issue as a cause after reading Diary of a Benefit Scrounger.

It is still an uphill task for the disability rights activists. The Hardest Hit lobby of Parliament contesting the changes that drew 8,000 partipants, many of whom are severely disabled, only received a fraction of coverage the press lavished on the pro-cuts and mostly able-bodied Rally Against Debt – that attracted hundreds.

Such are the skewed prioroties of our media and political class. But the way that disabled activists like Lisa Ellwood have pushed social media has meant they are at last being challenged.

The disabled rights movement may fail in the task that confronts us all, to try to limit the damage this bill will cause.

However, the disabled rights community has already done more to change the politicians and the public think about these issues than we ever thought possible. And for that, they deserve a nomination for Left-wing thinker of the year.

50 Responses to “Nomination for most influential left-wing thinker: The disabled rights community”