Matthew Pitt on the debate on Plan B and banking regulation, and looks at what Labour needs to do next - plus a look at plans for a British Investment Bank. 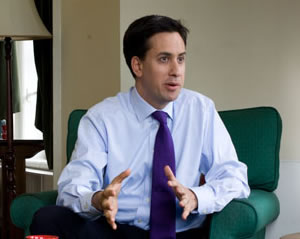 The banks have been running an unprecedented lobbying campaign to kick meaningful regulation into the long grass; the Tories are quietly shifting back to the pre-crisis banking backing; the Lib Dems are looking more and more like an opposition that are making the occasional right noise but not the moves to back it up…

And Labour? Well, at least they are rightfully calling for the need to regulate banks immediately.

But responding to the argument that a regulated banking system will reduce lending to businesses in the short-term, Ed Miliband diverts away (£) from the possibility of this occurring by claiming it should not be an “excuse”.

In essence, brushing this issue under the carpet further endangers the credibility of the Labour party on economic issues.

If it wants to become a credible alternative to the Tory-led government, simply shouting out populist measures without underlying this with serious thought to the implied consequences will push it further into the shadows and obscurity of British politics.

What ought therefore the party consider before embarking on its banking regulation crusade?

Firstly, as stated, the banks need to be desperately regulated and reformed promptly to prevent them from holding the taxpayers hostage to such an extraordinary extent ever again. Having left the economy in a devastated state, the banks had shown themselves incapable of learning from the financial crash and continued to hand out completely unjustified and incredible bonuses that could have been used to meet the capital needs of businesses instead.

Secondly, although reform needs to come now, there is a real danger that regulations will create a dilemma in supplying capital for businesses in the short term. Within the business community, there is grave concern it would present a real threat to economic growth that is exceedingly fragile at the moment.

John Cridland, head of the CBI, voiced this fear (£) yesterday by stating:

“Businesses being able to get cash from their banks is critical.”

The solution to this problem of funding was already looked into by Peter Mandelson back in 2010, who proposed a British Investment Bank that would be built on the example of a similar institution in Germany, the KfW banking group. Set up under the Marshal Plan back in 1948, the state-run bank has ever since been successfully providing finance to businesses, green projects, housing, infrastructure and more.

In short, the bank is able to raise finance in the private markets at a cheap rate due to an implicit government guarantee. It then funnels these funds to sectors that are in desperate need for capital but cannot receive it from the traditional banks that typically go for a more short-term and speculative investment opportunity, thereby draining disproportionate amounts of capital away from businesses.

Taking the European Investment Bank (EIB) as an example, channelling such finance through a public bank further attracts private investments on a level that is five times higher than the initial investment.

Bypassing the expensive method of Private Finance Initiatives (PFI), the costs of establishing a British Investment Bank would quickly be surpassed by the level of capital that starved-off businesses receive in the short-term and the profit it would eventually turn over. Although Ed Balls, the Shadow Chancellor, has refused to take sides on such an initiative, it is more important than ever to consider such an option.

Not only would it boost growth, supply jobs and put the country’s balance sheet in a better position to withstand the next inevitable economic downturn, but also fill the capital gap that is expected to be left behind if banks are regulated immediately. Essentially, it is the Plan B Labour has been calling for.