Guy Shrubsole addresses Maurice Glasman’s arguments that Labour and the greens need to work together to build a new populist politics of the environment. 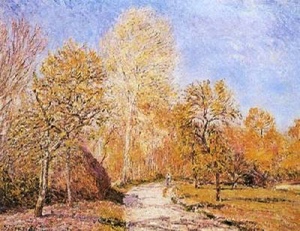 Labour and greens need to work together to build a new populist politics of the environment, Maurice Glasman,architect of Blue Labour, argued at a Labour party conference fringe event last night.

This movement should be based on the public’s deep attachment to the British countryside, he said – attested to earlier this year by the strength of popular opposition to the forests sell-off, and in the current campaign against planning reforms. Both instances have seen a groundswell of protest from groups beyond environmental activist circles – the usually apolitical National Trust, for example, called on its 4 million members to oppose the government’s new planning bill.

Modern environmentalism has tended to be too technocratic and distant to gain popular support, asserted Glasman: there needed to be “a very big change in the way we do environmental politics” to make it more democratic and involve more people.

Labour could do this, he argued, by recalling its past efforts to protect nature from the market – such as through setting up the Green Belts under the Attlee administrations; by championing skilled green jobs; by encouraging common ownership of energy sources and cherished landscapes; and by appealling to Britons’ innate love of the countryside.

Ruth Davis, chief policy advisor at Greenpeace UK, echoed many of Glasman’s themes. Environmentalists should recall Labour’s tradition of fighting for public access to the countryside, she said – citing the previous government’s passing of the Countryside & Rights of Way (CRoW) Act.

In future, Labour could use the environment to make a genuinely populist appeal, in two ways: firstly, through an activist industrial policy to create green jobs; secondly, through understanding that the environment forms a key part of people’s sense of place and identity. Entrenching green values at the party’s heart was necessary to get beyond ‘tick-box environmentalism’ at elections, she said.

Davis also acknowledged that environmentalists often used remote, technocratic language – but pointed to Greenpeace’s recent advocacy of making the Arctic into a global commons, a proposal she said derived from the popularity of the forests campaign and widespread support for retaining English woodlands in common, public ownership.

Glasman elaborated on this theme by suggesting common ownership models ought to be extended to managing other natural resources – from water (where he cited the case of Northumbrian Water, set to be bought up by a Chinese company) to fisheries (he suggested renegotiating the EU’s Common Fisheries Policy to place a 12-mile sea limit around the UK’s coasts, in which non-British trawlers would not be allowed to fish).

Indeed, Glasman continued, he considered the ongoing sale of government land as being in some ways worse than the cuts, because they were a transfer of public wealth to the private sector. To galvanise the left over environmental concerns, they needed to be articulated within a Labour tradition – one that saw the commodification of nature as another problem of unregulated capitalism, with its solution residing in democratic resistance to the domination of money.

Not all members of the panel agreed that a ‘green populism’ was possible. Michael Jacobs asserted that whilst people care about climate change, he believed it would never form the basis of a populist politics.

The debate dealt unsatisfactorily, however, with how to fuse local and global environmental concerns. For example, the question of how to square widespread public opposition to wind farms – ostensibly on grounds of love for the countryside – with the need to tackle climate change, was never addressed by the panel.

Panellists also debated growth, on which all were in general agreement – that whilst growth that damages the environment is clearly bad, a growth in jobs (not least green jobs) is clearly good. The word ‘growth’ is often used lazily, said Davis: if it simply means a measure of activity, there are clearly many forms of activity that are indisputably beneficial. Glasman agreed, but suggested that instead of talking about “activity”, environmentalists should substitute the word “work, or better still, labour”.

But there is clearly much work to be done before the Labour party could hope to lead any popular environmental movement. Labour is simply not seen as the party of the environment, argued the 2010 Labour candidate for Herefordshire, during the Q&A session. Constituents did not believe her when told that Labour had originally set up the National Parks, she said.

• Huhne and Greening are not serving the environment, but undermining it – Dominic Maxwell, June 29th 2011

12 Responses to “Is a ‘green populism’ possible, and can Labour help foster it?”