The global financial crisis, not 9/11, has defined the last decade, argues Tom Rouse. 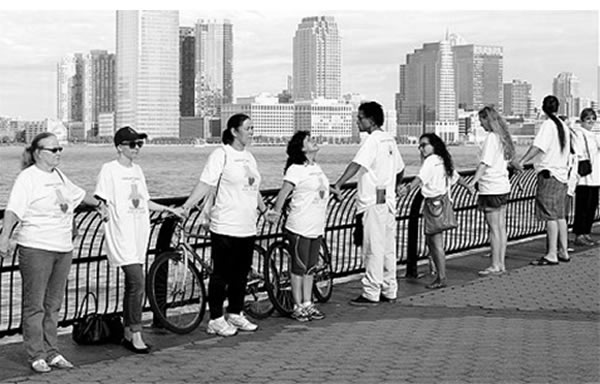 Five years ago it would have been unthinkable 9/11 would not prove to be the defining global event of the first decade of the 21st century; yet five years on, as we reflect on the decade that has passed since the worst terror attack ever perpetrated on US soil, it is the global financial crisis and not 9/11 that has defined the last decade, argues Tom Rouse

This is not to downplay the significance of that tragic day or attempt to argue it didn’t change the world. 9/11 marked the moment the USA realised it was no longer invincible, nor immune to problems elsewhere.

Prior to the attack, the US was displaying a post-Cold War reluctance to engage actively in foreign operations, as demonstrated by their feet dragging over Kosovo and the wider Yugoslavian conflict. In the following years we saw an America that was more confident flexing its muscles abroad, with a firm commitment to international inverventionism and regime change.

With Bill Clinton having left a comfortable budget surplus, the money was there to be spent and missions abroad allowed the Bush administration to distract attention from unemployment figures immediately prior to 9/11 of 4.6%, the highest in four years.

What has changed of late, is not the reality of the world or the terror threat, but the priorities of the American public. The oft-repeated mantra, that if there are problems at home it is best to distract your citizens with a foreign war no longer works. The recession has hit too hard and for too long to be swept under the rug.

This is shown most clearly by the very limited and short-term nature of the poll bump President Obama gained from the killing of Osama Bin Laden. What was expected to be a sizeable boost to his struggling ratings turned out to be no more than a flash in the pan. It is clear where voters’ priorities lie and it is no longer fighting terrorism.

Bin Laden’s death deprived vocal supporters of the War on Terror of a figurehead to rally the US public against. Catching him had become an obsession and now that it has been accomplished, no new motivation has risen to take his place.

Gadaffi, in spite of the Lockerbie atrocities, does not have the same resonance with the American public, which combined with the feeling that what money is available is better spent at home, goes a long way towards explaining the lukewarm support for the current intervention in Libya.

With the country still struggling to recover from the recession, and unemployment at worryingly high levels, the focus for US voters is the economy and in particular job creation. That is why Obama’s Jobs Act and accompanying speech has been the big political event of the week, even setting the tone for the Reagan Republican Presidential Debate.

It is why Ron Paul’s isolationist message is gaining traction amongst voters and sections of his party. With Gallup regarding the government’s figure of 9.1% unemployment as a conservative assessment, the public and political classes are focused purely on how to fix the economy and for the politicians how to use it as a stick with which to beat their opponents.

The 2008 election gave us a taste of this shifting battleground, with Obama’s message of hope and promises to bring the troops home and introduce economic reforms triumphing over John McCain’s war record.

The deficit, rather than terror, has become the bogeyman the GOP have rallied against and tried to paint the Democrats as being weak on. The rise of the Tea Party as the driving influence on the right of US politics has reframed the debate and made the issue one of big vs small government.

Foreign policy has always been a sideshow for the Tea Party, with only occasional sweeping statements issued, in large part due to the distinct lack of foreign policy knowledge on the part of the movement’s figureheads.

Coupled with this has been a noticeable decline in the number of Americans who believe the US and her allies are winning the War on Terror, with just 46% now supporting that view, down from a high of 65% in 2003 after the toppling of Saddam. The War on Terror worked when US voters believed it was succeeding, but the last years of the Bush administration made voters sceptical and the Obama government has not sought to use it as a dividing line.

Whether we will see senior Republicans attempt to reopen the debate over the next week is debatable. Right wing pundits will inevitably use the opportunity to rail against President Obama and his ‘weak stance’, particularly as rumours of another attack are beginning to circulate.

Alongside this increased cynicism, terrorism still remains a concern for US voters, with 59% of those polled believing terrorists would find a way to launch another attack, regardless of past and future action taken by their government.

This tension between foreign policy and economics is likely to be one of the main features of the Republican primary; this time next year we may see the anniversary of 9/11 in a very different light if the GOP choose to hone in on security as a dividing line.

This year will be a sombre occasion, but the focus on the past will be short lived; the US has too many problems in the present to dwell on past tragedy for long.

19 Responses to “The global financial crisis, not 9/11, has defined the last decade”