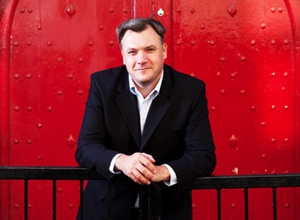 Shadow chancellor Ed Balls has today apologised for Labour’s role in causing the financial crisis, while emphasising the fact the global nature of the problem meant even best practices could have only mitigated the effects, rather than prevent it entirely.

In addition, in his speech at the Labour party conference this lunchtime, he will lay out his party’s plan for dealing with the recession, arguing that, although the deficit needs to be dealt with, the immediate priority lies in bringing the UK out of the stagnation caused by the government’s cuts.

On the Today Programme this morning, Balls began what must be seen as a two-pronged attack on the coalition’s economic policy, by accepting Labour’s role in cutting regulation of the banks helped the global financial crisis reach the magnitude it did.

However, his apology was tempered by his insistence that the root causes went deeper than mere light-touch regulation, or a lack of attention to the scope of public spending.

“I’m sorry [for the failure of banking regulation]… What we failed around the world to see was the scale of those risks. We made some mistakes in other areas – not every pound was well spent. [But] this was not a crisis caused by too much public spending.

When seen in conjunction with his conference speech, it is clear this apology is an attempt to head off the obvious Conservative rebuttals.

Indeed, in the Independent today, Balls has acknowledged the enormity of the task he is faced with:

“[Having] presided over the biggest global financial crisis for 100 years, people say, ‘Are we really ready to trust the people who were part of causing the problem to solve it?’ That is a huge task for us.”

With the groundwork laid, Balls will hope the message in his speech can be examined on its own terms, free from the baggage carried by its speaker.

In it, he argues that, although David Cameron and George Osborne said:

“…a VAT rise and cutting faster than any other major country would boost economic confidence and growth; that if they cut public sector jobs, the private sector would more than fill the gap; that their plan would make Britain immune from the global storm – and any other course of action would cause stock market turmoil.”

“Confidence has slumped. Our economy has flat-lined now for nine months. Slower growth in Britain than any other G7 country except Japan. Unemployment now rising again.

“That is why the deficit is already set to be £46 billion higher than the government planned. Because if you choke off the recovery and put tens of thousands of people on the dole – not paying taxes, claiming benefits instead – then, of course, borrowing goes up.”

Balls sets out the Labour alternative, a two stage plan:

“A plan for growth now will help get the economy moving again and stop the vicious circle on the deficit – but by itself it won’t secure our economic future or magic the deficit away.

“A steadier, more balanced, medium-term plan to get the deficit down will still mean difficult decisions and tough choices in the years ahead that will face any government. Tough choices on tax and spending – like the cuts to welfare, education and Home Office budgets that we set out before the election. Discipline in public and private sector pay.”

Despite Balls’s phrasing, the important stage is the first, not the second; Labour has always argued that, eventually, the deficit will need to be paid down, and have even been know to take a sort of glee in the “tough choices” that that will involve – remember “We will cut deeper than Thatcher”? – but if their plan for growth now succeeds in presenting a credible opposition to the agenda of cuts, whole cuts, and nothing but cuts, then they could regain some of the economic respect they lost last May.

10 Responses to “Balls calls for growth now, and cuts later”