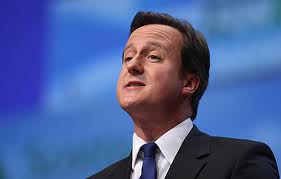 When David Cameron became leader of the Conservative party, he promised a new, yet somehow very traditional type of Tory. Our Dave cared as much about the volunteers on the streets as much as the executives in the boardroom, and wanted to make room for a big society.

However, a series of articles in recent days suggest that actually Mr Cameron sits at the junction of a big-spending State and big business.

First, reporting on the government’s controversial proposed planning reforms which threaten to seize up many of Britains major roads, the Daily Mail writes:

Senior figures from the building industry – including a Taylor Wimpey executive – were hired by ministers to help draw up the contentious guidelines.

Planning minister Greg Clark appointed a four-strong panel to help the Government rewrite development rules. But only one of the panel was not involved in the building sector.

It has also emerged that  senior Conservative ministers pushing through the plans have tried to block major developments in their own constituencies.

The party has been criticised for accepting £3.3million in donations from property firms over the last three years. The new rules, which give developers greater rights to build on the countryside, have enraged groups including the National Trust and English Heritage.

From the other side of the journalistic spectrum, we have the Guardian reporting today on conflicts of interest involved in the government’s disability reforms.

The coalition has hailed its drive to open up welfare-to-work operations to the voluntary and private sectors, but guess who is trying to get hold of the contracts:

David Cameron’s senior adviser on troubled families has set up a firm to bid for work under a programme to get 120,000 households into work that she helped design, despite publicly saying that to make money from the scheme would be a “conflict of interest”, according to documents obtained by the Guardian.

Emma Harrison, the multimillionaire founder of private welfare companyA4e, was anointed the “families champion” last December. The prime minister singled her out in a key post-riot speech last month, saying she had ‘develop[ed] a plan to help get these families on track’.

Harrison told the Guardian she withdrew from bidding when the government announced the first tranche of contracts, worth £200m, in February. She said she had accepted the unpaid role but had been “shocked” to learn there would be hundreds of millions of pounds in funding.

But documents sent to private firms who did bid for the work reveal that Harrison’s company had set up in January a “partnership” called Families Unlimited, with a former civil servant who until this year was running the Department for Education’s “support services for families with multiple needs”, to pitch for the cash.

Families Unlimited offered to execute the work won by “prime contractors” for a fee. In blunt language, the documents say that: “A4e will not bid as a prime contractor… due to a conflict of interest arising from the work of its founder and chairman, Emma Harrison, through the Working Families Everywhere initiative.

“However, DWP [the Department for Work and Pensions] have advised that no conflict arises where A4e is acting as a subcontractor.”

Adding to the general smell of cronyism are the government’s proposed changes to legal aid which, according to six charities writing in today’s Guardian including Oxfam and Amnesty International, would lead to impunity for multinationals such as Trafigura.

Trafigura is a Dutch oil transportation firm, that  had 500 tonnes of toxic waste dumped off the coast of Côte d’Ivoire. Under the proposed rules, the charities claim, it would have been impossible for the 30,000 Ivorians injured by the dump to have sued the company.

That’s of course before we get to the private sector jamboree that is the NHS reforms. This should come as no suprise. As reported on Left Foot Forward, The Conservatives are tied electorally into an older demographic, who rely on services such as the NHS and for policy generation on think tanks that depend on corporate funding.

The result is big spending big business polices. It should come as no suprise that Cameron launched the Open Public Services White Paper not at ResPublica or the Centre for Social Justice – think tanks usually associated with small- and medium-sized charities but Reform.

Reform are a think tank and, oddly enough, charity, which vehemently argues for outsourcing, upfront fees for public services, known as so-payment in the jargon, and is funded by such public sector contract behemoths as Capita, GE and G4S.