Tonight's Dispatches on Channel Four alleging financial impropriety against Tony Blair is a regurgitation of discredited Daily Mail and Mail on Sunday stories. 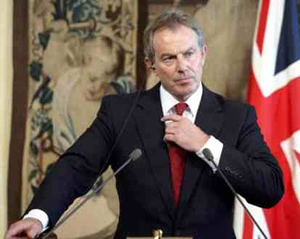 Tonight’s Dispatches on Channel Four alleging financial impropriety against Tony Blair is a regurgitation of discredited Daily Mail and Mail on Sunday stories, Left Foot Forward can reveal. The claims of conflicts of interest and secrecy against the former prime minister with regard to his role in the Middle East were debunked the first time they were made, yet are being repeated as fact.

One of the claims made by Peter Oborne is that Blair’s support for the Palestinian mobile company Wataniya and a gas field development off Gaza are somehow connected to his role with JP Morgan – the truth is Blair advocated for both projects at the direct request of the Palestinians.

It is his responsibility as official representative Envoy of the Quartet on the Middle East to work to build the Palestinian economy – the Wataniya project represented the single largest foreign direct investment there has been into the Palestinian Authority.

Both projects, which are clearly good news for the Palestinians, were long-standing demands of the international community. In neither case was Blair even aware JP Morgan had a connection with the company; he never discussed it with them, they never raised it with him.

Tonight’s programme will bandy around several figures as to how much money Blair has made from various projects, the source material for which is the Daily Mail. Tony Blair’s office have told us that every single figure the show’s producers put to them in advance is wrong.

The programme further alleges a conspiracy between Blair, al-Megrahi, Alex Salmond and the Gaddafis. The facts, plain to see, are that al-Megrahi was released by the Scottish Executive two years after Blair left power, on compassionate grounds that weren’t even an issue while Blair was still in office.

We understand that Tony Blair will instruct lawyers to take action if tonight’s Dispatches programme oversteps the mark.

18 Responses to “Exposed: The Mail-inspired Dispatches hatchet job on Blair”