Chris Huhne will denounce the “Tea Party tendency” within the Conservatives in his speech to the Liberal Democrat conference this lunchtime - but who does he mean? 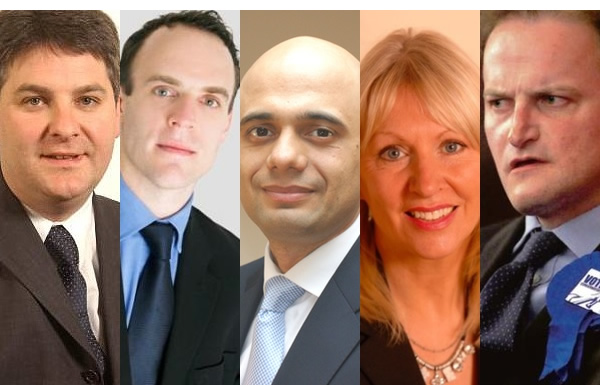 Chris Huhne will denounce the “Tea Party tendency” within the Conservatives in his speech to the Liberal Democrat conference this lunchtime.

Although it is strange – perhaps unfortunate – he has only just noticed this tendency now, it is indeed a worrying trend amongst his coalition partners. There is no need to dig too deep into history, either; the signs are there even now.

Nadine Dorries has obviously made the headlines because of her strong opposition to abortion, but her ‘Mad Nad’ credentials stretch further than that.

As well as expressing her “admiration” of Sarah Palin, she has written on her blog urging constituents to report people who are tweeting too much while on DLA, has admitted her blog is 70% fiction, and most notoriously called for abstinence-based sex education for young girls.

This policy – low on evidence, high on the imposition of private morality into the public sphere – is classic Tea Party behaviour.

Dominic Raab hit the headlines in January after blasting “feminist bigotry”, claiming that “from the cradle to the grave, men are getting a raw deal”.

Despite the fact the gender pay gap for managers has widened to more than £10,500; despite the fact that two women a week die from domestic violence; and despite the fact in the House of Commons itself men outnumber women almost four to one, Raab insists the real issue is the “flagrant discrimination” that leads to men getting blamed for causing the banking crisis.

His talent for redefining a position of privilege as one of oppression earns him a place on our list.

Some Tea Party Tories take their inspiration more directly from their idols in the USA. Sajid Javid wrote in envy of the American debt ceiling, which led to the USA’s credit being downgraded from AAA for the first time ever and a minority of elected officials being able to hold the largest nation in the world to ransom.

He accepted himself that the cap would be no guarantee against fiscal irresponsibility (which Nobel Prize winner Paul Krugman agrees with, although he goes further and dismisses the whole thing as “a strange quirk of US budget law”), but argued that the fact it took America to the economic precipice was “both deliberate and welcome”.

The bill he introduced pushing for the change is due for its second reading in January, when we will learn whether his colleagues on the backbenches agree.

Then there is the most important Tea party belief of all: that any social problem can be solved with less and less regulation. Philip Davies has presented two strong contenders for the wildest application of this thinking.

The first is his belief disabled people should be “allowed” to work for less than the minimum wage. Presented as a way to allow people to take a lower rate of pay “to help them get on their first rung of the jobs ladder”, he glosses over the fact this lower rate of pay is already as low as £3.64 for 16 and 17 year olds.

As even his fellow Tory MP Edward Leigh was forced to point out:

The second is his argument with Conservative Sarah Wollaston, when he labelled her attempts to prevent alcohol companies advertising to children as “an attempted extension of the nanny state”, claiming “the only consequence” of limiting such adverts to media with mainly adult readers is “to stop lots of people being able to take part in sporting activities”.

One need not be completely mad to propose Tea party policies, however. The always likeable Douglas Carswell, who writes for this site, has had his own moments, such as his proposal this month to introduce competition into the money supply.

Claiming that both monetarists and Kenynesians had failed to come up with a sensible solution as to the rate at which the money supply should be increased, he skipped a few steps and concluded that the correct response to this confusion was to allow businesses and individuals to choose alternatives “at the click of a mouse”.

While he is not suggesting replacing fiat currency altogether with golden dollars, his bizarre fear of “paper-only” currencies earns him a place on this list.

20 Responses to “Huhne attacks “Tea Party Tories” – who on Earth does he mean?!”