Bill Nighy is calling for people to film themselves to campaign for a financial transaction tax. 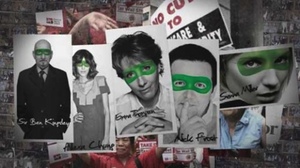 Owen Tudor is the Head of European Union and International Relations at the TUC. He blogs at ToUChstone and Stronger Unions (and sometimes at Amnesty UK)

Yesterday I got an email from the actor Bill Nighy.  I know, I should adjust my spam filter. But no, this was genuine. He wanted me to appear in his latest movie. In fact he wants people all over the world to be in it, and it’s being made in seven different languages. Eight, if you count Australian.

It’s about the Robin Hood Tax, and it’s a new viral film designed to build support in the last furlong before governments in the EU and beyond agree to implement a financial transaction tax.

You can add in your own name and picture – here’s my version – and share it with friends and colleagues (sorry, *puts on recognisable Bill Nighy voice* “everyone you know”).

So far, 30 national governments have expressed support for an FTT, but we need to get them to deliver on the pledges, and the new video is designed to help make that happen, by building a wave of popular pressure on governments ahead of the crucial meetings:

• The G20 finance and development ministers meetings alongside the IMF and World Bank autumn meetings this weekend;

• The EU finance ministers meeting at the start of October; and

• The G20 summit in Cannes at the start of November.

We suspect those will be the key events on the path to a Robin Hood Tax. It may not cover every financial centre, and that will reduce the amount raised and make it more important to get the details right to prevent people avoiding the tax. But we want as many governments to deliver on their commitments.

This video is an exciting start to an autumn of campaigning, and not all of it is about dry tax reform. We can change the world – one film at a time!

5 Responses to “Bill Nighy wants me in his latest movie. And he asked me to ask you, too”