Barry Gardiner MP, chair of Labour Friends of India, writes for Left Foot Forward ahead of tomorrow’s parliamentary debate on human rights in the Indian sub-continent. 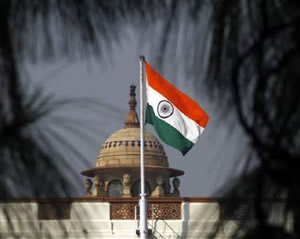 Tomorrow I will be speaking alongside other members of Labour Friends of India in a debate in Parliament on “human rights in the Indian sub-continent”. We want to take the opportunity of this debate to remind the world of how India, the world’s most populous democracy, continues to be a beacon of tolerance, peace and democracy in the face of some of the most serious security threats faced by any country in the world.

The Indian sub-continent is one of the most dangerous and unstable regions in the world. The 2011 Failed State Index from the respected ‘Foreign Policy’ magazine lists six of India’s neighbours as being amongst ’the most failed states in the world’.

Pakistan, Myanmar, Bangladesh, Nepal, Sri Lanka, and Bhutan all featured on the list of 60 countries.

To India’s west lies Pakistan with whom conflict has repeatedly erupted over the disputed region of Kashmir, while regional tensions in Myanmar and the horrendous civil war in Sri Lanka mean India is a unique democracy without civil repression in an area of dictatorship and state atrocities.

India suffers regular terrorist attacks on its major cities, at a frequency which should terrify the west. This year alone has seen major bombs in Mumbai, killing 26 people, and more recently in New Delhi, which killed 13 people, not to mention the smaller but more regular bombings, kidnappings and murders which kill dozens each year.

These attacks, which are a daily threat to Indians trying to go about their lives, are carried out by Islamist extremists, Kashmiri separatists and Marxist Nexalites amongst others.

“310 of the country’s 636 Districts are currently afflicted by varying intensities of chronic activity, including subversion, by insurgent and terrorist groupings.”

What is most staggering when you realise the full extent of the threat of terror in India is that she continues to be an intensely democratic and peaceful nation. Many other countries have been quick to limit freedoms and democracy in the face of far less demonstrable threats.

The most prominent news from India in recent months has been the success of Anna Hazare and his campaign against corruption. Mr Hazare undertook a hunger strike to protest against the weaknesses of the government’s Lokpal Bill.

The Lokpal Bill, a long-standing aim of successive Indian governments, aimed to create an Ombudsman with the power to investigate incidences of alleged corruption by senior government officials and cabinet members. Following Mr Hazare’s hunger strike, as well as protests in support of him, the government chose to expand the remit of the Lokpal Bill.

Occasions such as these illustrate the vibrancy of Indian democracy and civil society. Given the Indian people’s long history of activism, these successes do not come as a surprise.

India takes the fulfilment of these constitutional rights incredibly seriously. In 1993, a National Human Rights Commission was established to investigate suspected violations of human rights in the country. In recent decisions the Indian Supreme Court passed orders for the right to food for all to be fulfilled, and in 2006 ordered police reform in light of response to human rights concerns.

Group rights in India are also incredibly strong. A bill providing quotas for women in Parliament has been passed, whilst in April of last year, new guidelines for maternal death investigations were put in place and a separate mechanism to track pregnancies and their outcomes introduced.

The spirit of Mahatma Ghandi, on which Indian democracy was founded and in which it still operates today, has proved to be far stronger than the threats it has faced. All friends of India hope, and indeed are confident, this will continue into the future. It is an incredible achievement, of which all Indians should be proud.