The horrors of Abu Salim show the law is being routinely ignored by governments and others engaged in conflicts in many countries, writes Labour’s Rushanara Ali. 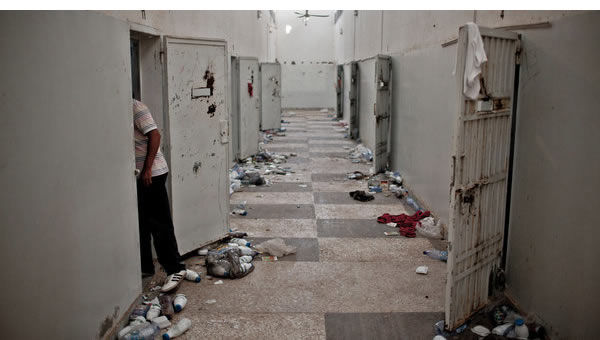 In recent days, we’ve seen terrible reports from Libya including those of atrocities that have taken place in Abu Salim. At the same time a recent report (pdf) from the International Committee of the Red Cross has highlighted the horrifying impact of violence against doctors and other healthcare workers across the world.

The appalling scene at the Abu Salim Hospital in central Tripoli was shocking to see. More than 200 decomposing bodies and 17 survivors in terrible states were discovered by rebel fighters, almost a week after doctors and nurses abandoned the hospital as the fighting between Colonel Gaddafi’s forces and the rebels spread to the surrounding area.

A father told of his ten year old son who had been shot in the back, unable to move or get any assistance for five days as the smell of dead bodies grew around him. Doctors said they had been forced to flee because they were afraid they themselves would be targeted by forces loyal to Colonel Gaddafi.

This terrible incident took place a week after the new Red Cross report was released, which itself makes sombre reading. It finds that people in conflict zones die in large numbers because healthcare personnel are prevented from doing their work or worse, are directly targeted in military actions.

The Red Cross has been monitoring violence against medics in 16 countries in which it operates since 2006, and the incidents they have recorded in that time are truly harrowing. Stories of hospitals being directly targeted in bombings, of doctors being tried for giving medical assistance, of wounded people being held up for hours at check-points and of doctors being denied access to wounded and dying people.

They have recorded incidents of this nature in Sri Lanka, Somalia, Libya, Lebanon, Israel, Bahrain, Afghanistan, Columbia, Congo and Nepal amongst others.

Such violence not only means a denial of immediate access to medical attention to victims such as those at Abu Salim – who are affected when medics are blocked access or attacked – but the health of millions of people across the world is endangered when the safety of medics is put at risk.

This is because it creates zones in which the security of medics cannot be assured thereby making it difficult for them to be deployed. For example, the eradication of polio has been set back in Afghanistan, Pakistan and the Democratic Republic of Congo because the safety of the vaccination teams cannot be guaranteed.

The targeting of medics is already illegal under international law. The Geneva Convention guarantees the right of the ill and wounded to be spared further suffering during all armed conflicts, and to receive medical assistance as long as they remain in neutral health care facilities and personnel are given protected status to ensure this happens in practice.

Unfortunately the law is being routinely ignored by governments and others engaged in conflicts in many countries.

I welcome The Red Cross’s recently launched four-year campaign to raise awareness of this issue among governments, soldiers and civilians across conflict zones and to mobilise the international community to take action to protect medical personnel so they can do their jobs and save lives in countries facing conflict.

To reverse what is a disturbing trend of medical personnel and hospitals being attacked, there should be a renewed effort to ensure those governments and non-state actors who flout international laws such as the Geneva Convention are brought to justice.

The British government with the rest of the EU can play a critically important role in making sure doctors are able to do their job and save lives, even in the most challenging of environments.