Liberals of all hues should welcome wholeheartedly Nick Clegg’s defence of the Human Rights Act, for a host of reasons, writes Dr Prateek Buch. 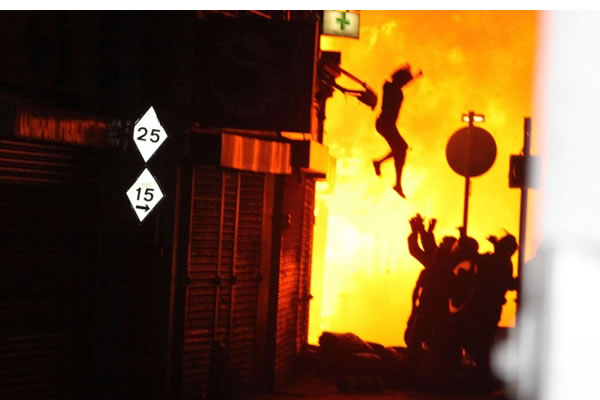 In light of the riots earlier this month, much analysis has focused on the causes underlying the violence and looting. This is as it should be, given the need to understand what happened before we respond with policy.

Of equal, some might say greater, importance, is the need to ensure public policy remains grounded in liberal values, that in seeking to ensure order and the rule of law on our streets we don’t turn our back on the hard-fought human rights and civil liberties that form the bedrock of our society.

Deputy prime minister Nick Clegg has adopted a measured tone ever since the riots, resisting the temptation to point fingers or score political points; as those about him appear to lose their heads in all manner of ways – proposing to doubly punish convicted rioters by withdrawing benefits or social housing, or encouraging disproportionate sentencing – the Lib Dem leader has kept his, warning against knee-jerk policy making.

Today he reinforces this stance in a Guardian article that promotes a robust defence of human rights, which liberals of all hues should welcome wholeheartedly for a host of reasons.

Foremost in the Lib Dem leader’s article is the insistence on defending human rights at home as well as abroad:

“While governments have continued the call for greater rights abroad, they have belittled the relevance of rights at home.”

These double-standards – calling for the protagonists in the Arab Spring to respect human rights whilst calling into question their legitimacy in the UK – must not be tolerated.

Mr Clegg’s defence of the British Human Rights Act (HRA) is as welcome as it is timely; with the UK assuming the chair of the Council of Europe in November, and a British Bill of Rights in the pipeline, there will be political pressure from the anti-rights brigade to water down our commitment to the European Convention on Human Rights and the HRA itself.

He speaks for all liberals in saying:

On the wider point, his discussion of the government’s response to the riots clearly demonstrates the influence of Liberal Democrats in government; to cries of indignation from right-wing commentators, the defence of human rights gets added to the charge sheet against the ‘Yellow Bastards’.

Thankfully the atrocious proposal to crack down on social networks at the whim of Westminster, which some Labour MPs would have little trouble supporting, appears to have been dropped, thanks to stark warnings from the networks themselves and the Lib Dem voice in coalition; there’s no questioning the liberal conscience of the government wears yellow.

It is to be hoped, by all progressives, that Mr Clegg and other leading Liberal Democrats continue this liberal, considered approach (as Lynne Featherstone embodies) in the face of Tory knee-jerkism, and that those who believe in freedom as a human right support them. The true test of liberalism comes not in times of plenty or security, when freedom and the rights of man are cheap to promote, but in times of hardship and strife when some seek the comfort of authoritarianism.

It is precisely when human rights are a soft target that we should come to their defence, to preserve the respect for human dignity that underpins a truly free society.