With aid, we are helping ensure that some of the poorest people in the world have access to basic necessities; it is crucial we continue to do so into the future. 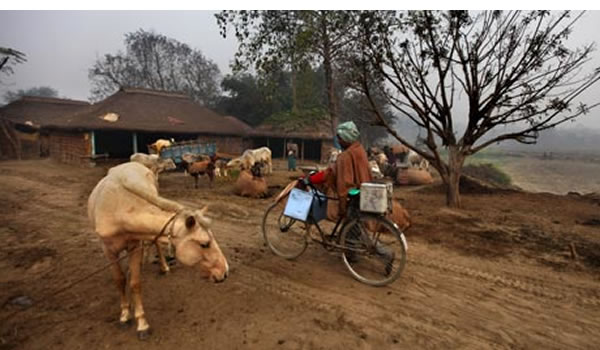 Gareth Thomas MP (Labour, Harrow West) is the shadow universities minister and a member of the Labour Friends of India policy forum

A recent report (pdf) has highlighted the need for aid to be maintained to Middle Income Countries (MICs), in spite of economic difficulties in the United Kingdom and other donor nations. The report, authored by the Overseas Development Institute, argues that aid to Middle Income Countries plays a vital role in assisting the world’s poorest people.

The report, titled “The Role of Aid to Middle Income Countries: a contribution to evolving European Union (EU) development policy”, comes at a particularly important time in the debate about overseas aid, with international development secretary Andrew Mitchell’s review of aid recipients and a European Union Green Paper on the topic both in progress.

The continuation of aid from the United Kingdom to India has been under fire recently, with critics citing India’s rapid economic growth, its status as a middle income country and occasionally its space programme as reasons to cut the aid. This report outlines the reality that lies behind these arguments.

Whilst India has made impressive headway in combating poverty, aid from countries like the United Kingdom remains an essential resource. The ODI report outlines reasons why the Department of International Development must maintain its India programme past 2015.

The most important fact is that MICs contain the vast majority of the world’s poor – 76.7% in total. One third of the world’s poor live in India and it is these people that UK aid is helping. If we are to target money at those most in need, we must continue to give aid to India.

The report also highlights the importance of funding sub-national governments in regions with gross disparities in wealth. This is reflected in the allocation of UK aid; 48% of all aid to India is spent in the four poorest states – Bihar, Madhya Pradesh, Orissa, and West Bengal – and is aimed at providing slum dwellers with access to clean water and sanitation. By 2015, two thirds of aid to India will be spent in these states.

Another crucial function of aid to MICs is the ‘spill over effect’. Aid to these countries benefits the recipient countries’ neighbours through trading opportunities and institution building. This is particularly relevant given India’s neighbours are some of the world’s poorest nations, including Nepal, Bangladesh and Burma, as well as some of the world’s most unstable, such as Pakistan and Afghanistan.

This spill over effect is one way of ensuring maximum returns on aid, whilst another is making sure it is used effectively. Aid is far more effective in MICs, where corruption levels are lower and structures facilitating its use are already in place.

As the report says:

“[Middle income Countries] will generally have better governance structures, institutions and oversight mechanisms, meaning that aid is more likely to be put to good use.”

The benefits of aid to India are not merely financial. The ODI report also outlines how aid to middle income countries can incentivise progressive decision making. The risk of aid dependence in countries such as India is much lower due to the negligible amounts of aid received in proportion to their overall incomes. For example, UK aid to India accounts for just 0.03% of their GDP.

The benefits of aid are not limited to India and its neighbours. MICs such as India are increasingly prominent on the world stage and are, as the report notes, “vital to achieving global public goods”. Development aid is an incentive to maintain a high level of engagement with the wider international community, facilitating contributions to areas such as peacekeeping missions and fighting climate change.

There can be little doubt as to the value of UK aid to India – projects supported by British aid have put 30 million children in primary schools since 2003, saved 17,000 lives per year by improving healthcare and since 2005 have lifted 2.3 million people out of rural poverty.

We do not fund India’s economic expansion, nor do we rely on outdated concepts of which countries require aid. We are helping ensure that some of the poorest people in the world have access to basic necessities; it is crucial we continue to do so into the future.