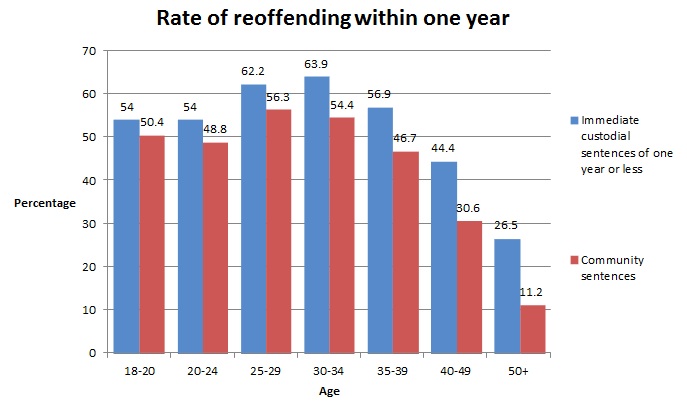 By Andrew Nielson, Director of Campaigns for the Howard League for Penal Reform

The riots, disturbances and looting that we saw convulse English cities last week have led to a predictable crackdown from the authorities.

The courts, under political pressure to process people promptly and punitively have been sitting through the night, with bail refused for most defendants and an already creaking prison system put under unprecedented strain.

The public response has been characterised by groups calling to pull people’s benefits and housing.

So Nick Clegg’s measured statement yesterday was a breath of fresh air. Community payback schemes, he argued, will mean looters will do community service in riot-hit neighbourhoods and money will be provided to set up restorative justice schemes in the community.

Only last week a 23-year-old student with no previous convictions was jailed for the maximum permitted six months after pleading guilty to stealing bottles of water worth £3.50, so Clegg’s comments couldn’t have come any sooner.

Short sentences are not effective.  People can lose their jobs, their homes, and in the case of parents, their children, and all so they can lay on a prison bunk for 22 hours a day for a few weeks. The ineffective aspect of short custodial sentences was born out by Ministry of Justice research into reoffending rates for ‘matched pairs’ of offenders given sentences for less than a year against community orders:

Do we really think that sending a first time criminal who stupidly got caught up in looting to Wandsworth is going to do any good at all?  Would it not be better to sentence them to some community service so they work in their neighbourhood to repair the damage in constructive way?

Community payback is only a limited form of restorative justice, however, and the authorities must carefully police any encounters between those who offended during the disturbances and their victims.

We support the idea that people are confronted with the consequences of what they have done, and that they make reparation to the community, but this needs to be done in a considered way that produces favourable results for all involved.

Many people have argued that these riots demonstrate many failures: failures of policing, of government, of society. But one thing we can be sure of is that this was not a failure of sentencing policy.

We have doubled our prison population since the mid-1990s and seen tougher and tougher measures introduced every year, with an abundance of criminal justice legislation.

Yet despite all this, the outcome of being ‘tough on crime’ was some of the worst street disturbances seen in decades. That alone tells us that the answers to our problems do not lie within the criminal justice system.