Almost a half of all people in England would oppose Scotland gaining independence, according to a BBC/ComRes poll for last night's Newsnight, reports Ed Jacobs. 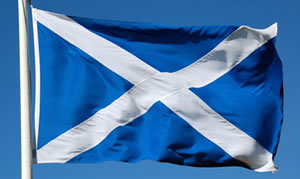 The alleged resentment felt by some in England towards a Scotland they perceive as having a better deal than them – with free prescriptions, free care for the elderly and free university tuition fees – has long been running sore since the birth of devolution. Yet despite this, a new BBC/ComRes poll for yesterday’s Newsnight and World at One shows almost 50 per cent of people in England oppose Scottish independence.

• Forty eight per cent oppose the idea of Scotland becoming independent, with 36% in support and 15% undecided;

• Asked whether they felt England should be able to vote on independence, 45% said yes, 47% who said no. This comes just weeks after Scottish secretary Michael Moore suggested two referendums would be needed.

Responding to the poll, a spokesman for Scottish first minister Alex Salmond said the polling showed England was relaxed about the prospect of independence:

“We welcome this poll as it shows that the ordinary people of England are quite relaxed about Scotland becoming independent, which is a common sense view that stands in marked contrast to that of many of their political leaders, who remain obsessed with the union.

“The people of England also agree that it should be up to the people of Scotland to decide their own future.”

On the final point, however, chairman of ComRes Andrew Hawkins seemed to disagree, saying:

“That almost half of the English feel that they would like a say over Scotland’s future suggests that the Union should be England’s as well as Scotland’s to determine.”

For Scottish Labour, leader Iain Gray, whilst recognising the SNP’s mandate to hold a vote, said the Scottish government should now come clean with an exact date for a referendum and end the uncertainty which surrounds it.

Responding to the he said:

“People from across the country are proud to be part of a truly United Kingdom and understand that we are stronger together and weaker apart.

“Polls have consistently shown that the majority of Scots know that Scotland is big enough, rich enough in talent, and smart enough to make the most of all the opportunities that being part of a bigger social and economic unit, such as the United Kingdom, bring us. That’s our best chance to secure the best possible future for all Scots. This poll shows that people in England agree and I welcome that.

The poll comes as Anne McEvloy, Public Policy Editor at the Economist, used an edition of Radio 4’s Analysis programme to outline a new running joke across Scotland.

Writing for BBC News online ahead of her programme she explained:

“Scottish Nationalist politicians can, of course, claim that the public has experienced the SNP as a minority government at Holyrood, and has made a choice this year that the party can be trusted on managing the economy (or at least, prefers them to the alternatives).

“But it is possible that the light will change as a referendum nears – though the failure to put a date on it leads to some joking that it is a “neverendum”.”

She quotes finance secretary John Swinney’s making the case not for fully-fledged independence, but so called “devolution max”, arguing:

“If I think about when I joined the SNP in 1979, the definition of independence was very different to what it is today. [Today] we argue for Scottish independence within a social union with the rest of the United Kingdom because we have so many social contacts.

“What our politics are about is about political control – political, economic and financial control to ensure we can create a strong and a fair country.”

“The Nationalists will have one shot at a referendum for the foreseeable future and they will not want to put before the public a notion of Scottish autonomy which seems to risk more than it gains in economic certainty.”

16 Responses to “The debate on Scottish independence: where do English voters stand?”