The News of the World has been well and truly screwed - this Sunday will be the last edition - but will it be replaced by a 'Sunday Sun' asks Shamik Das. 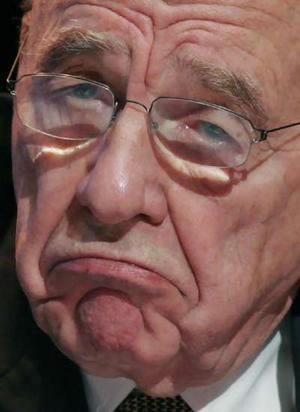 As the Sun would have put it, Gotcha! The News of the World has been well and truly screwed; it is no more, it has ceased to be. But before we celebrate too much, remember this is Murdoch we’re dealing with – and he may have a joker up his sleeve.

This Sunday will be the last ever edition of the NotW, the pressure from public, politicians and campaigners finally tolling on Rupert Mudoch and his News International empire – not least the pressure bearing down on companies to pull their adverts from this Sunday’s edition.

Onto the future later, but first, the demise of the NotW – how did it happen? And happen so quickly?

“Nowadays, Twitter makes it easy. Using this kind of medium you can bring pressure to bear directly on companies.

“We created a tool by which people can accept something easily.

“It wasn’t long before it went viral and the pressure really began to bite – they were getting absolutely bombarded; companies do not want to be associated in the same sentence as the hacking of the phones of bereved families.”

So, then, what happens next? And was this decision coming anyway, regardless of the phone hacking scandal?

“News Corp still lying. Closing the NoW will allow them to streamline the operation, save cash and launch the seven day Sunday Sun”

Furthermore, the circulation of the NotW has sunk dramatically in the last decade – down 31 per cent.

And what of Rebekah Brooks, who, as John Prescott told Sky News tonight:

It seems perverse in the utmost, even allowing for the prospect of a relaunched seven-day Sun, that hundreds of journalists, not all of them dodgy, not by a long straw, will be thrown out on their ear – while Rebekah Brooks stays in her job.

It’s about time Cameron grew some and called for her to go.

25 Responses to “News of the World goes down in flames – but will a ‘Sunday Sun’ replace it?”