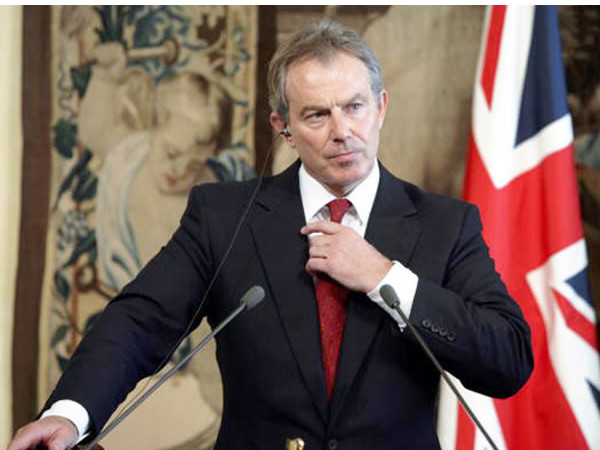 Yet again, an interview (£) with Tony Blair has generated thousands of column inches. It’s difficult to know whether or not his comments about the need for an elected European Union President have been seriously thought through, but they are striking for a number of reasons.

As prime minister, Blair often talked like a European federalist but only when he was outside Britain; out of office, he clearly feels comfortable to engage in some European ‘blue skies thinking’.

Arguably the most significant point made by Blair is the deeper European integration he talks about. While the EU already has a single market and a common foreign, security and defence policy (but only when all Member States agree), a single immigration policy and co-ordinated tax policy would be a big leap forward. No other leading British politician, except for Roy Jenkins, has spoken so boldly about deeper integration.

As Diane Abbott – who is, unsurprisingly, not a fan of Blair’s idea – points out, it is quite clear that Blair has himself in mind as the ideal candidate to be the first elected President of Europe. In this regard it’s worth remembering that when the Lisbon Treaty was adopted, Blair lobbied for the newly created position of President of the European Council.

He didn’t get the job largely because he was (and remains) too controversial, and also because the leaders of the likes of Germany, France and the UK did not want to be upstaged diplomatically on the world stage. Had Blair got the job it is clear that he would have wanted to do precisely that.

The idea of a directly elected EU President is a pipe-dream at the moment. Although it is unclear whether Blair’s EU President would replace the positions of President of the European Commission or of the European Council, or simply be yet another EU President, there is no doubt that what he envisages would need a treaty change. Given that it is less than two years since the Lisbon Treaty was ratified this is clearly not going to happen any time soon.

Indeed, at a time when the EU is battling to contain the sovereign debt crisis which threatens to bring down the eurozone and, potentially, many leading banks with high government debt exposure with it, the last thing people want is another treaty – but Blair is not the only high-profile politician to have raised the idea of deeper European integration in the past week.

Last Thursday, Jean-Claude Trichet, President of the European Central Bank, made a speech in which he talked about the future creation of an EU Finance Ministry. Although President Trichet did not focus on tax raising powers, he described a ministry that would have direct responsibility for surveying taxation and competitiveness policy; the implementation of EU financial sector regulation; represent the EU at the likes of the G20 and IMF; and a potential veto power over a country’s spending policies.

Just like Blair’s pronouncements, Trichet’s remarks were immediately shot down by political leaders. However, some of the elements of such an institution already exist or are being built. Earlier this year the European Parliament demanded legislation for an EU financial transactions tax on the back of a large pan-European campaign and proposals are expected within the coming months.

The legislation for a beefed-up economic governance package for the eurozone is currently being negotiated by the European Parliament and the Council of Ministers, and it is likely to include measures that impact on labour policy and competitiveness, as well as on macro-economic policy.

The integration of financial markets in Europe means that virtually all of the big financial sector legislation is decided at EU level. Meanwhile, we might scoff at the idea of a veto over a nation’s public spending, but that is essentially what is happening to Greece, Ireland and Portugal under the terms of their emergency loans and guarantees.

In this context, Trichet’s proposal for a finance ministry at EU level doesn’t seem like ‘pie in the sky’ but more like a logical next step for an economic bloc that has a single market and a common currency. In fact, it is as logical as Blair’s insistence that if the EU speaks with a number of different voices then it will lack authority on the world stage both diplomatically and economically.

However, as Diane Abbott notes, these ideas are being generated by high-level politicians not by a groundswell of grassroots campaigners and public opinion. Most opinion polls actually indicate the EU is as unpopular as it has been in a long time with a general desire for less rather than more integration.

What the speeches by Blair and Trichet demonstrate is the need for honest and detailed debates across European countries about the EU’s role and future. While both Blair and Trichet freely conceded their proposals are not going to happen quickly, they will both have to be addressed at some point in the coming years. Without such debate European integration will probably continue in the fragmented and flawed way that it has done in the past decade.