Labour have accused the Tory-led coalition of putting the public at risk due to their cuts - as a senior counter-terrorist officer becomes their latest victim. 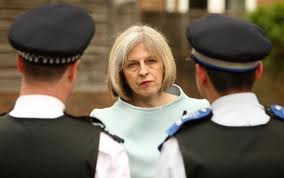 Labour have accused the Tory-led coalition of putting the public at risk due to their 20 per cent cuts to the police budget, as a senior counter-terrorist officer becomes their latest victim.

“To lose the most experienced officers including counter-terror experts shows the damage 20 per cent cuts to the police are doing and the risks the government is taking with public safety.

“David Cameron and Theresa May told the public that police cuts would all be efficiency savings and would protect the frontline, yet what could be more frontline than this?”

This is just one of the many headlines to damage the Tories’ image as the party of “law and order”, as Labour appear to be taking a lead on the issue. Labour have created a police cuts map, showing the axe is falling on over 30,000 police jobs in departments up and down the country.

Left Foot Forward have previously reported how the coalition have ignored a report from Her Majesty’s Inspectorate of Constabulary (HMIC), published last July, which said that a “re-design” of the police system could:

“At best… save 12% of central government funding, while maintaining police availability.”

In order to achieve the coalition’s 20 per cent cuts, forces are resorting to the so-called A19 mechanism, allowing for a police officer, with more than 30 years pensionable service (including any amount transferred in from a previous pension scheme), to be forcibly retired, with 28 days notice, provided it is on the grounds of “efficiency”.

This regulation has now forced out the head of the West Midlands counter-terrorism unit, detective chief superintendent Matt Sawers, despite a coalition pledge that frontline policing would not be affected and despite Home Office promises that counter-terrorism funding would also be protected.

Sawers is one of the country’s most senior and experienced counter-terrorism officers. He has run the West Midlands unit since its launch seven years ago and was at the helm during one of the unit’s most high-profile investigations to foil a plot to kidnap and behead a British soldier.

On top of these broken promises we also have the issue of whether this is efficient at all. Not only because losing Sawers experience can never be said to be a positive change, but also as the Guardian writes “like all those made to retire Sawers was asked if he would like to return to provide his expertise not as a salaried senior officer but as a special”. So we need his experience but as the police department can’t afford it, they offer to pay him to do a job where he can’t use it.

This comes on the heels of news in The Times (£) that the coalition are preparing yet another U-turn, this time on elected police chiefs. Ministers are said to be preparing a “substantial package” of concessions to avoid a stand-off with the Lords, after already being defeated on the legislation in the upper chamber, last month.

The public have every right to ask why we need this expensive re-organisation, which police chiefs themselves oppose.

This all fits a typical and tragic pattern for this government, seen here just as much as in the controversial NHS reforms. Enforce massive cuts that damage services under the name of efficiency but often turn out to be inefficient, at the same time attempt large scale, expensive re-organisations that are opposed by the services and departments themselves, prove yourself out of touch with public sentiment on the issue then scurry into an embarrassing u-turn as best you can, possibly leading to a worst of all worlds outcome.

Whatever the central issues and political positioning at the next election, the left should not let people forget the shambles and gambles the Tories have inflicted on the nation’s police forces.

8 Responses to “May’s police cuts: A gamble becomes a shamble”