William Hague has said UK nationals should leave Yemen immediately while commercial flights are available as Royal Marines are stationed off the coast. 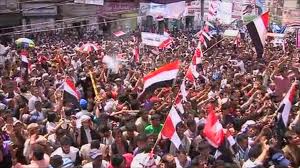 Foreign secretary William Hague, in the Commons today, reiterated advice from the Foreign and Commonwealth Office that British citizens should leave Yemen immediately while commercial flights were still available, as they cannot guarantee their safety or their evacuation.

Hague said over the weekend that an evacuation operation was “extremely unlikely” and UK nationals should not “plan for or expect” government assistance.

However, the Daily Mail have reported today that as a possible contingency plan:

“Royal Marines are poised for an emergency evacuation of British nationals in Yemen after a fresh bout of violent clashes in the Arab state. A force of around 80 marines was said to be on board a naval support ship, RFA Fort Victoria, on the coast close to the strife-torn Arab state, the BBC reported.”

The paper quotes a department spokesman:

“As part of routine deployment UK military assets are in the region, although we are not prepared to comment further on their exact operational tasking.”

The tension in the country has ratcheted up following a rocket attack on Sunday on the Presidential Palace that killed 11 bodyguards, five senior officials, and left the President himself injured and fleeing to Saudi Arabia for treatment.

It was at first reported that President Ali Abdullah Saleh received only minor injuries; The New York Times, however, writes today that the injuries were:

“Far more extensive than previously known… with burns over 40 percent of his body, Yemeni officials and Western diplomats said Tuesday.”

It was also first believed to have been a rocket or mortar attack made from outside the compound that hit a mosque where the President was praying, but The Times writes:

“As the investigation continued, opinion has shifted to the possibility of at least one or more explosive devices, including in the minbar, or pulpit, a Western official said.”

In the aftermath of this attack, clashes between gunmen and the army have been reported in the cities of Taiz and Abyan, killing 19 people, including three children.

William Hague also said MPs were “horrified” at the reported killing of children in Syria as part of the government’s brutal and sadistic crack down of protesters, previously reported by Left Foot Forward.

“The UK Foreign Secretary said President Assad was losing legitimacy and should “reform or step aside”. He said the UK was pushing for more UN sanctions on Syria and said Britons in Yemen should leave “immediately”…

“Mr Hague said: ‘Members on all sides will have been horrified by the killing of many children and the death of 13-year-old Hamza al-Khatib who was allegedly tortured. The regime is using live fire against protesters and blocking UN efforts to get help to those in need.'”

Up until now it had seemed as if the people of Syria had responded with only non-violent protest, however the Syrian state media reported a “massacre” on Monday of 120 security personnel, killed in the town of Jisr al-Shughour by unidentified gunmen.

“A witness in Jisr al-Shughour said soldiers had been killed by protesters who took up arms to defend themselves. He said the killings had taken place on Sunday, when troops had staged an offensive against the town, repelled by armed protesters.”

“We are working to persuade other countries that the Security Council has a responsibility to speak out.”

Hague said Britain had worked on a draft UN resolution which calls for the Syrian government “to meet their people’s legitimate demands, release all prisoners of conscience, lift restrictions on the media and Internet and cooperate with the UN high commissioner for Human Rights”.

The draft was strongly opposed by Russia and China during expert level talks among Security Council diplomats.

2 Responses to “Situation deteriorates in Yemen, while tension builds in Syria”